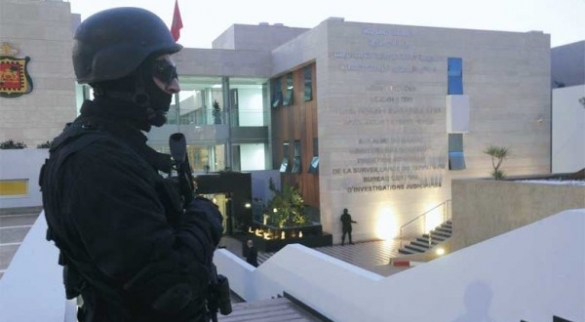 Moroccan authorities have announced the arrest of three terror ISIS members linked to the cell dismantled recently in several cities of the North African Kingdom.

The suspects were nabbed Monday in Martil (North of Morocco) and the rural commune of Boulaâouane (province of El Jadida), said the Interior ministry in a press release.

Scientific analysis of the suspected material seized in a hideout in El Jadida showed that these are chemicals used in explosive making, added the ministry, noting that the members of the cell were preparing to host an explosive expert from ISIS branch in Libya to teach them his terror techniques.

The members of the terrorist cell dismantled recently in several Moroccan cities were planning to carry out attacks against strategic sites, luxurious hotels and shopping centers.

They were also planning to kill political personalities, senior security officials, foreign tourists…to destabilize the North African nation, the only country in the region that has weathered the Arab Spring turmoil, becoming a heaven of peace in MENA.

Moroccan authorities say they have dismantled about 200 terrorist cells since 2002, foiled hundreds of terrorist plans and arrested over 2,200 suspects.

The North African country has placed counterterrorism at the top of its priorities following the Casablanca terror attacks in 2003 and the subsequent attacks of 2007 in Casablanca and 2011 in Marrakesh.