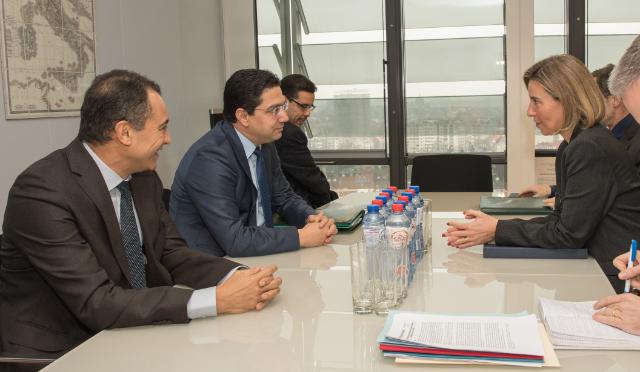 The European Union and Morocco issued a joint statement giving reassurances about the implementation of the agricultural agreement, in response to a strong worded statement by Morocco’s Agriculture and Fisheries Ministry warning of serious repercussions on bilateral ties if the EU fails to honor the agreement.

The statement underscored the strong partnership linking the two parties adding that they will remain attached to promoting this partnership.

“The dialogue between the EU and Morocco will continue in the spirit of peace and mutual trust to coordinate the necessary arrangements for the continuation and development of relations between the two sides, particularly in the field of agriculture,” stresses the statement.

“Pending the conclusion of discussions, if necessary, appropriate measures will be taken to ensure the implementation of the free trade Agreement on processed agricultural products and fishery products between the European Union and Morocco,” adds the statement.

“Morocco and the European Union have inked an agricultural agreement whose implementation covers all the territories of the Kingdom of Morocco,” the ministry said.

Last December, the Court of Justice of the European Union (ECJ) declared the agricultural trade deals with the Kingdom as valid and annulled the verdict it issued in December 2015.

The 2015 ruling had suspended the agreement on grounds that it included the Moroccan Sahara southern provinces within its scope.

In its 2016 verdict, the court declared invalid the challenge to the Morocco-EU trade deals submitted by the Polisario, the Algeria funded and based separatist militia, to the trade deals. The EU’s top court, thus overruled its previous verdict and rejected the Polisario’s right to appeal.

The EU and Morocco have struck agreements allowing duty-free quotas for agricultural products such as tomatoes and granting access for European vessels to fish in Moroccan waters in return for financial assistance. The two sides also began negotiations in 2013 to sign a deeper and broader free trade agreement.