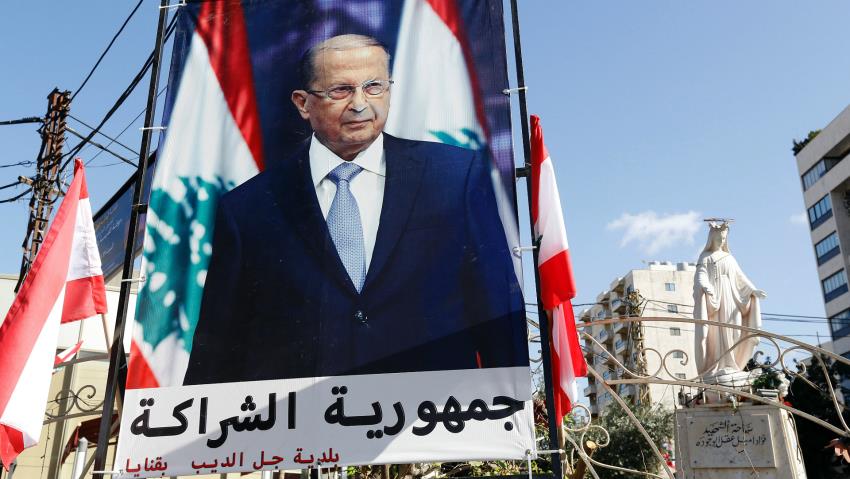 During a meeting with a delegation of the Lebanese Communist Party, President Michel Aoun has added his voice to the tense debate over the reform of the electoral law ahead of the parliamentary elections by stating that “verbal bickering does not lead to an outcome.”

He called for the continuation of “our struggle until we attain truthful popular representation and rule clear of personal interests in a bid to build the state and create a powerful system.”

The Lebanese are divided over the system to adopt in electing members of the parliament with many seeming to back the adoption of a proportionality approach in order to have a balance between majority and minority.

Prime Minister Saad Hariri, in a cabinet meeting on Wednesday, recalled that “when the government pledged in its ministerial statement to grant priority to stage the elections, it did not separate between this end and the efforts to find a new election law.” He acknowledged that there are opposing views but that does “not necessarily mean that we have reached a dead end.” Hariri called for efforts to continue in order to have a law acceptable by each party and sect.

State Minister for Parliament Affairs Ali Qansou opined that having “Lebanon as one electoral district on the basis of proportionality” could help to end the debate as the cabinet prepares to tackle the issue during its meeting scheduled for next week.

The Progressive Socialist Party has meanwhile raised the alarm over the representation of the minority Druze community, warning that any electoral law containing the proportional representation system would “marginalize” Druze in the political system.

MP Farid Khazen from the Change and Reform bloc claimed that some political parties are blocking the reform by refusing all the proposals made. He lamented that “it is impossible to reach an election law that satisfies everybody.”

Women right groups are demanding that 30% of the parliament seats be reserved for women as their quota.

Parliament Speaker Nabih Berri, during a meeting with Maronite bishops, stated that efforts to “adopt one standard” are ongoing.