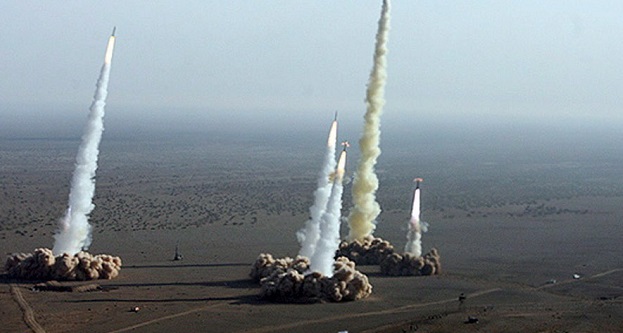 “As of today, we are officially putting Iran on notice”, Michael Flynn stated during a press conference at the White House. President Donald Trump’s National Security Advisor warned that Iran’s missile test that was carried out over the weekend is a sign of the continuous “malign actions.”

He renewed Washington’s call for Tehran to respect UN Security Council resolution 2231 and not to “undertake any activity related to ballistic missiles designed to be capable of delivering nuclear weapons.”

Iran’s defense minister General Hossein Dehghan confirmed the test on Wednesday stating that it was “in line with our plans and we will not let any foreigner meddle with our defense issues.” In a defiant message, he stressed that “our nation has tested itself in this path” and other countries have “tested us” too but their “statements and measures cannot affect the will of our nation.” Dehghan did not state the type of missile that was tested.

Die Welt, a German newspaper, reported that it was a cruise missile named Sumar. It added that it was successfully tested and travelled for around 600km. According to the report, it has the capability of carrying nuclear weapons and has a range of between 2,000 and 3,000km.

The missile test did not violate the UN Security Council resolution or the July 2015 nuclear agreement between Iran and the so-called P5+1 that ended the country’s controversial nuclear program.

However, Washington considers the test “absolutely unacceptable” saying “instead of being thankful to the United States for these agreements, Iran is now feeling emboldened.”

Relations between Tehran and the Trump administration are expected to be tense as the latter questions Iran’s “destabilizing behavior across the Middle East” by “transferring weapons, supporting terrorism and violating international norms.”