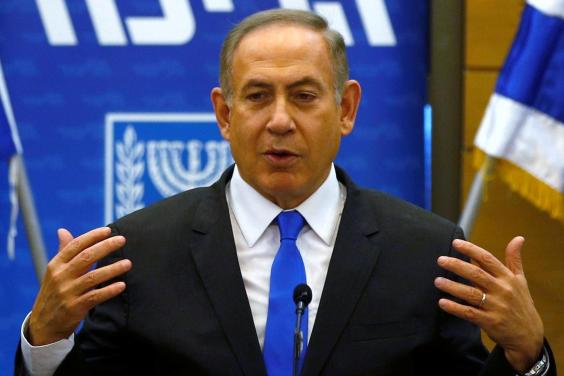 President Donald Trump has sent his first message to Israel after it announced plans to establish a new settlement of 2000 homes in the West Bank saying the plan is unhelpful.

White House Press Secretary Sean Spicer told reporters that “while we don’t believe the existence of settlements is an impediment to peace, the construction of new settlements or the expansion of existing settlements beyond their current borders may not be helpful in achieving that goal.”

The White House statement came few hours after Prime Minister Netanyahu made the announcement following the eviction of Israelis from a settlement dubbed illegal by the state’s Supreme Court. Trump has been a strong supporter of Israel in its conflict with Palestine during his presidential campaign and in the run-up to his swearing-in.

Israel’s ambassador to the UN Danny Dannon said the White House statement should not be making shockwaves because it is “still too early to tell” if the president has made a “U-turn” while admitting that “we will not always agree on everything.”

He said Trump will discuss the issue with Netanyahu who is scheduled to visit Washington in a fortnight. Ahead of Netanyahu’s planned visit, the White House announced that it “has not taken an official position on settlement activity.”

Israel’s Deputy Foreign Minister Tzipi Hotovely slammed the statement from Washington stressing that the present government was elected on the basis of upholding “the Jewish People’s right to build in all parts of our land” and that must be respected. She argued that “settlements are not an obstacle to peace and they never have been” before accusing the Palestinians of blocking for the “past 25 years all paths towards any kind of solution” to the conflict.

Israel’s settlements on occupied Palestinian territories are illegal under International Law but Tel Aviv continues to implement such policies as it is backed by its major ally, the U.S., although relations with the Obama administration over this issue were difficult.