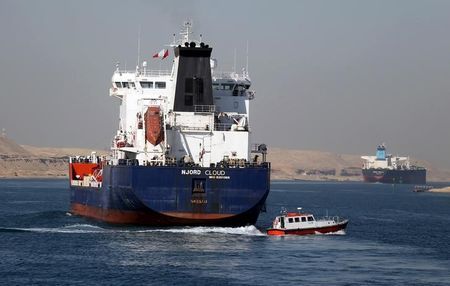 Egypt’s Suez Canal revenues recorded $389.2 million in November dropping by 4.7 percent year on year since November 2015 when they were at $408.4 million, according to official figures published by the Suez Canal Authority.

The international waterway is a major source of foreign currency for Egypt as it is the fastest shipping route between Europe and Asia.

The North African nation has been struggling to revive its economy since the 2011 uprising that ended Hosni Mubarak’s three-decade autocratic rule and the ouster of his Islamist successor two years later. The uprising scared away tourists and foreign investors.

Egyptian officials predicted Suez Canal revenues would increase following the inauguration of an additional lane to allow two-way traffic and works to deepen the main canal to allow the passage of larger vessels in August 2015, which cost upwards of around $4 billion.

Officials had claimed the new canal would more than double revenues to reach $13.2 billion in 2023.

However, falling oil prices and a slowdown in world trade led to falling of the revenue.

The Suez Canal Authority said last month the waterway was expected to generate $5.7 billion in revenues this year.