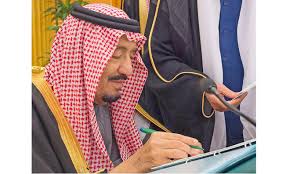 Saudi Arabia has approved its 2017 budget at a moment when the oil-rich kingdom is experiencing “a very severe economic volatile situation” that has affected most States and slowed global economic growth, King Salman stated.

He alluded to the country’s diving income due to fall in oil prices but said “the economy is firm” and strong enough to withstand “current economic and financial challenges” as he highlighted the Kingdom’s comprehensive reform program dubbed Vision 2030.

King Salman said the government is “optimistic” in achieving its “desired economic prosperity” by implementing the budget keenly with the hope of “a comprehensive and balanced development and improved services for citizens.”

The country’s budget deficit has lowered when compared to last year and the 2017 budget considers the economy to be in recovery mood with a “manageable” deficit gap, although Saudi Arabia increased its expenditure in next year’s budget.

According to John Sfakianakis, the director of economic research at the Gulf Research Center, the budget will “help build further confidence” and “bring private investment.”

Some analysts welcomed the broader transparency of the budget, which encourages a favorable environment for business.

Jason Tuvey, Middle East economist at Capital Economics, signaled that Saudi Arabia could be forced to adopt austerity measures in 2018 if Riyadh’s expectations of oil prices increasing, after an agreed output cut by oil producers, fails to take place in 2017.

King Salman had stated that the budget and its programs are geared towards improving “the efficiency of the capital and operational expenditures in the state” as the government tries to shift the dependency of the economy away from oil by 2030 and balancing the State’s finances by 2020.