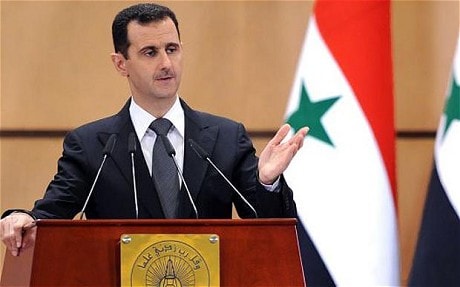 The two sides discussed counter-terrorism cooperation in the region as both countries face local terrorism.

Possibilities of sending back Egyptian militants arrested in Syria were discussed in addition to the Syrian side’s wish to see Cairo adopting a more formal stance on the Syrian crisis, reports say.

“Both sides discussed the possibility of Egypt hosting talks between Syrian parties that accept Bashar al-Assad remaining in power as part of the Russian-backed political roadmap for the country,” an Egyptian source told UK-based Qatari media The New Arab.

“They have agreed to increase the level of cooperation between the Assad and Sisi regimes, starting with Egypt taking a stance in support of Assad staying in power or at least active in politics, as well as rejecting ‘compromising Syrian state institutions.”

The meeting comes as ties between Riyadh and Cairo got a smack after Saudi Arabia reacted angrily following Egypt’s vote for a Russia-sponsored UN resolution calling for the end of hostilities in Syria, early this month at the UN Security Council.

Egypt’s vote for the resolution; the only vote by an Arab country, irritated Riyadh which two days later announced suspension by the country’s oil Aramco company of petroleum shipment for October. The monthly shipments to Cairo were part of a deal signed between the two countries in April, when relations were at their best.

Speaking to the media last week, President al-Sisi defended the UN vote as an expression of Egypt’s sovereignty and pointed out that his government took measures to survive the halt of Saudi oil shipment.