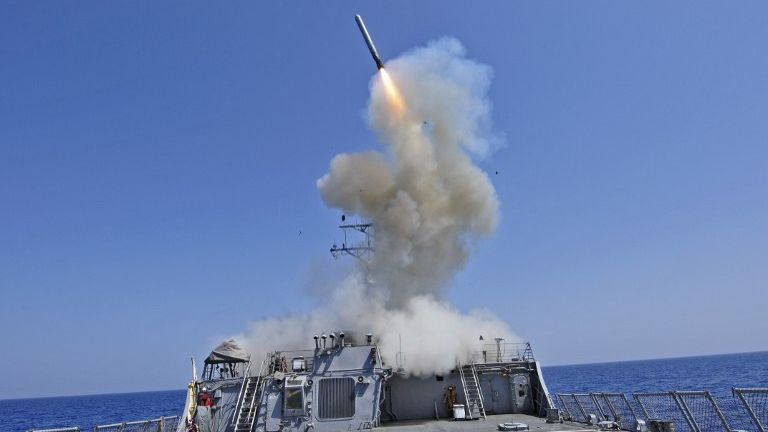 Following the targeting of destroyer ship USS Mason at the beginning of the week with two missiles that failed to hit it, Washington responded by launching cruise missiles on three radar sites on the Yemeni Red Sea Coast cities of Ras Issa, Mucka and Khokha.

Pentagon Press Secretary Peter Cook said they were targeted based on the “assessment that they were involved in missile launches in recent days” and to also assure the safety of the ships and crews as well as “protect freedom of navigation through a waterway that is vitally important to international commerce.”

The Red Sea Coast is part of territories under the control of the Houthi Movement and their allies but the rebels have not claimed responsibility for the attack.

Brigadier General Sharaf Luqman, the spokesman for Yemeni forces fighting alongside the Houthis, said “the direct American attack against the Yemeni soil this (Thursday) morning is not acceptable and we will respond with any future development in the appropriate time and with the appropriate manner” because they didn’t target any US warship.

Last week, a swift boat leased by the United Arab Emirates was hit by rockets around the same area.

The US was quick to add that the strikes does not mean that it would be engaged in the Yemeni war, as Cook said Washington encourages “all parties in the Yemen conflict to commit to a cessation of hostilities and to seek a political solution to that conflict.” Nevertheless, he warned, “we will respond if our forces come under fire” and “take appropriate action at the appropriate time.”

The Red Sea and Bab el Mandeb are strategic maritime routes and millions of barrels pass through them every day. Cook said “safe navigation through the strait is vitally important to economies in the region and to global commerce” and the US is determined to protect it because “this narrow passage is a vital link connecting Asia and Europe.”

The US played down claims that Iran had a role in the missile attacks given its close ties with the Houthis. Cook stated that what they are certain of at the moment is “where they (missiles) originated from and we have responded.”