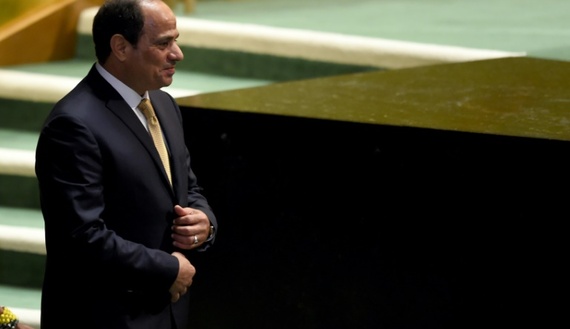 The Egyptian move shook Riyadh to the core, prompting the Saudi oil company Aramco to suspend petroleum shipments for October. A deal signed by the two countries in April stipulated that Aramco would deliver 700,000 tons of oil products monthly to Egypt.

The Egyptian President mocked the sanction, saying “Some commentators thought that halting the shipment of petroleum products was a response to that issue (Egypt’s UN vote).”

“I say no; take note that this deal is commercial.”

The Saudi sanction is expected to have knock-on effect in Egypt but al-Sisi argued that his Government has taken measures to cushion the effects.

Blowing hot and cold at the same time, Sisi said “we are very, very careful about our historical relations with our brothers in the Gulf,” but added that Egypt would never give up in front of any country.

“There are attempts to pressure Egypt but it won’t kneel before anyone but God,” al-Sisi stressed, underlining that his country is sovereign in its decision-making.