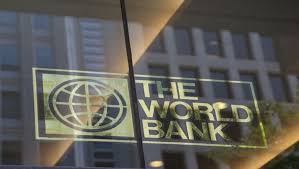 The World Bank (WB) said Algeria’s economy is stumbling on the backdrop of the sharp drop in oil prices and the lack of economic diversification with growth rate falling to 3.6% in the first half of 2016 compared to 3.9% in 2015.

The decrease in hydrocarbons revenues will affect fiscal saving which the WB said will be depleted. “The deficit is expected to be financed by the issuance of new debts with the debt-to-GDP ratio projected to rise from 13.6% of GDP in 2016 to 25.1% in 2018.”

Rising domestic consumption is another factor that hampers Algeria’s export capacity. With a total production of about 1.1 million barrel per day, Algeria only exports 540,000 barrels per day.

Due to its heavy reliance on hydrocarbons for its exports and government revenues, standing at 95 and 75 % respectively, the oil price crash has eroded Algeria’s finances, trade balance and international reserves. Fiscal deficits have been rising from 1.4 % of GDP in 2013 to 15.7 % of GDP in 2016. Total reserves have fallen from $194 billion in 2013 to an estimated 108 billion dollars in 2016 and are projected to decline further to 60 billion dollars in 2018, said the World Bank.

The deterioration of Algeria’s terms of trade led to a 20 % nominal depreciation of the dinar since mid-2014; inflation picked up to 4.8 % in 2015. With these dim economic predictions, combined to political uncertainty, the prospects for the North African country are rather gloomy.