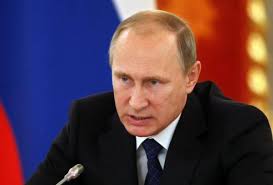 Russia will help Mali face the terrorist scourge. This was confirmed by Russian Deputy Foreign Minister and Special Envoy of the Russian President for the Middle East and North Africa, Mikhail Bogdanov, who said his country is willing to help Mali face the security threats posed by extremists in the north.

Bogdanov made the statement during a visit to Bamako which reflects a Russian quest to regain its Soviet-era economic influence.

The Russian Envoy said his country will provide arms to Mali to help it counter terrorist groups, adding that Russia will also assist with training and reinforcing Mali’s military capabilities,

“Russia closely follows the situation in Mali and its neighbourhood and as a member of the Security Council Russia thinks that Africa’s issues should be resolved by Africans,” said Bogdanov.

Russia is also interested in investing in Africa and launching economic cooperation projects, he said.