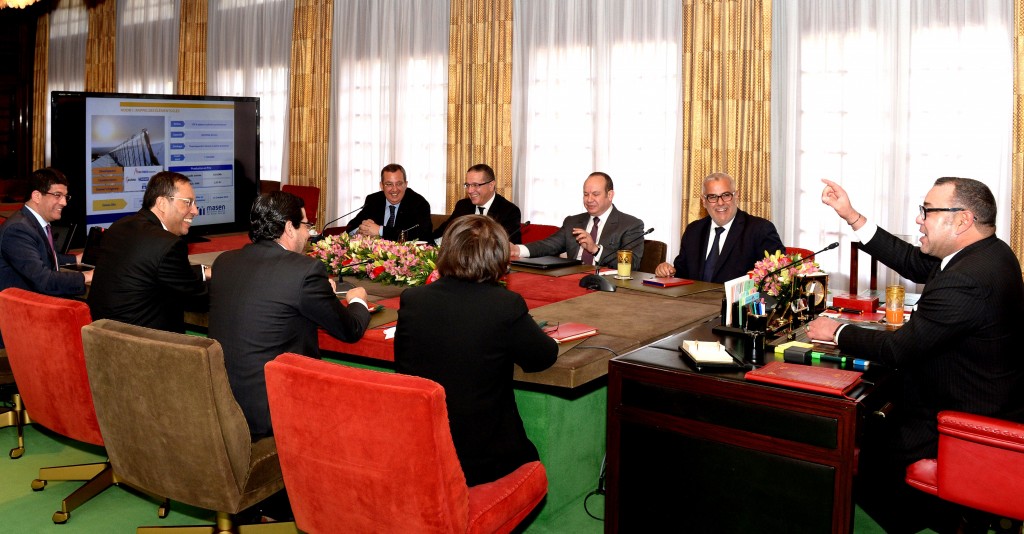 King Mohammed VI has renewed Morocco’s strong determination to increase the share of renewables in electricity output capacity to 42 pc by 2020 and to 52 pc by 2030.

The Moroccan Sovereign chaired, on Monday at the Royal Palace in Tangiers, a working session on the energy sector and the national program for development of renewable energy.

During this meeting, the Monarch underlined the importance of this landmark project, which will enable Morocco to achieve its energy autonomy and become a leader in the field, says a statement issued by the Royal Office.

The Sovereign also took note of the steps taken to enable Moroccan Agency for Sustainable Energy (MASEN) meet its goals as the Agency has been tasked with the development of solar, wind and hydraulic energies along with any other source of renewable energies.

The King was informed of the arrangements made by operators to raise the share of renewables in the national energy mix to 42 pc by 2020, added the statement of the Royal Office, saying that the Sovereign reiterated Morocco’s resolve to increase its renewables target to 52 pc by 2030.

Morocco, host country of COP 22 next November 7-18, has pledged to reduce greenhouse gas (GHG) emissions by 32 by 2030. It has also vowed to continue its renewable energy development policy beyond 2020 with about 2,500 MW wind, solar & hydro capacity to come online between 2021 and 2025.

Morocco, which imports 94 pc of its energy as fossil fuels from abroad, is poised to become a solar superpower with its mega-project in Ouarzazate.

According to US Forbes magazine, Morocco’s efforts to boost renewable energy is gaining momentum, putting the country on track to reach the 42 percent goal within the next few years.