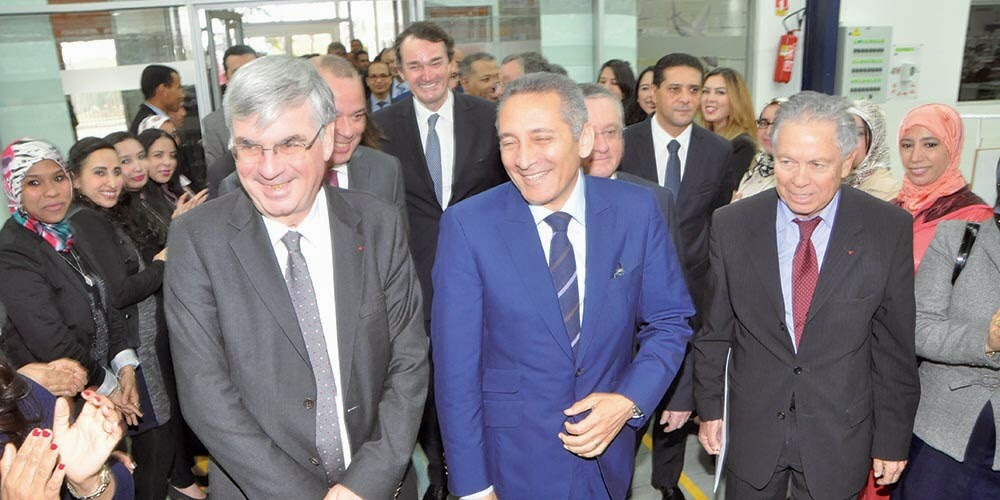 The aerospace industry in Morocco has entered a new expansion phase, with the signing on Tuesday of a memorandum of understanding for the establishment of a Boeing industrial ecosystem in Morocco, at a ceremony chaired by King Mohammed VI, in the Royal Palace in Tangier.

The project, a partnership between Morocco and Boeing, the world’s flagship aircraft manufacturer, will give a new impetus to the Moroccan aviation industry and will help improve its positioning on the world stage.

The project, which translates the confidence enjoyed by Morocco on the international scene, will structure an ecosystem composed of suppliers and will organize a sourcing platform based in Morocco.

This ecosystem will generate additional annual revenues from exports worth one billion dollar, and will bring investments from around 120 of Boeing’s suppliers.

Most importantly, the project will generate 8,700 high skilled jobs. To meet the ecosystem needs in skillful workers, Boeing has designed special training programs for the local labor.

This outstanding project evidences, if need be, the enormous amount of trust that international investors harbor for Morocco, especially as it comes at a delicate international context and at a national context marked by the holding of legislative elections, whose campaign kicked off last week.

This trust results from, among other reasons, the country’s unfaltering political normalcy, its strong and functional institutions that reflect the nation’s consensus around strategic choices, under the leadership of a King who guarantees the continuity and who is an active player in the development and prosperity of the Kingdom.

During the signing ceremony of the MoU, Industry Minister Moulay Hafid Elalamy made a detailed presentation of the project and surveyed the development witnessed, over the past few years, by the aviation sector, one of Morocco’s global businesses.

“The sector has multiplied 6 folds in 10 years and now has 121 stake holders,” he said, adding that Morocco, which holds the 15th rank in terms of investments in the aircraft industry, has integrated the very exclusive circle of countries operating in this sector.

The fact that international investors among the most demanding choose to locate their business in Morocco reflects the country’s specificity in a regional environment marked by turmoil and successive crises, commented an analyst.

This investment also shows that an electoral period is a normal time in Moroccan politics that transcends governmental or political changes, as the King oversees “personally” the implementation of the strategic agenda, the analyst said.

He added that Morocco has reached a stage of economic maturity that enables it to start benefitting from the multitude of agreements it concluded, especially free trade agreements.

Besides, the strategy to provide Morocco with advanced infrastructure and the establishment of regulatory and governance tools now enable Morocco to meet the needs of investors and to position itself as a genuine platform of economic opportunity.