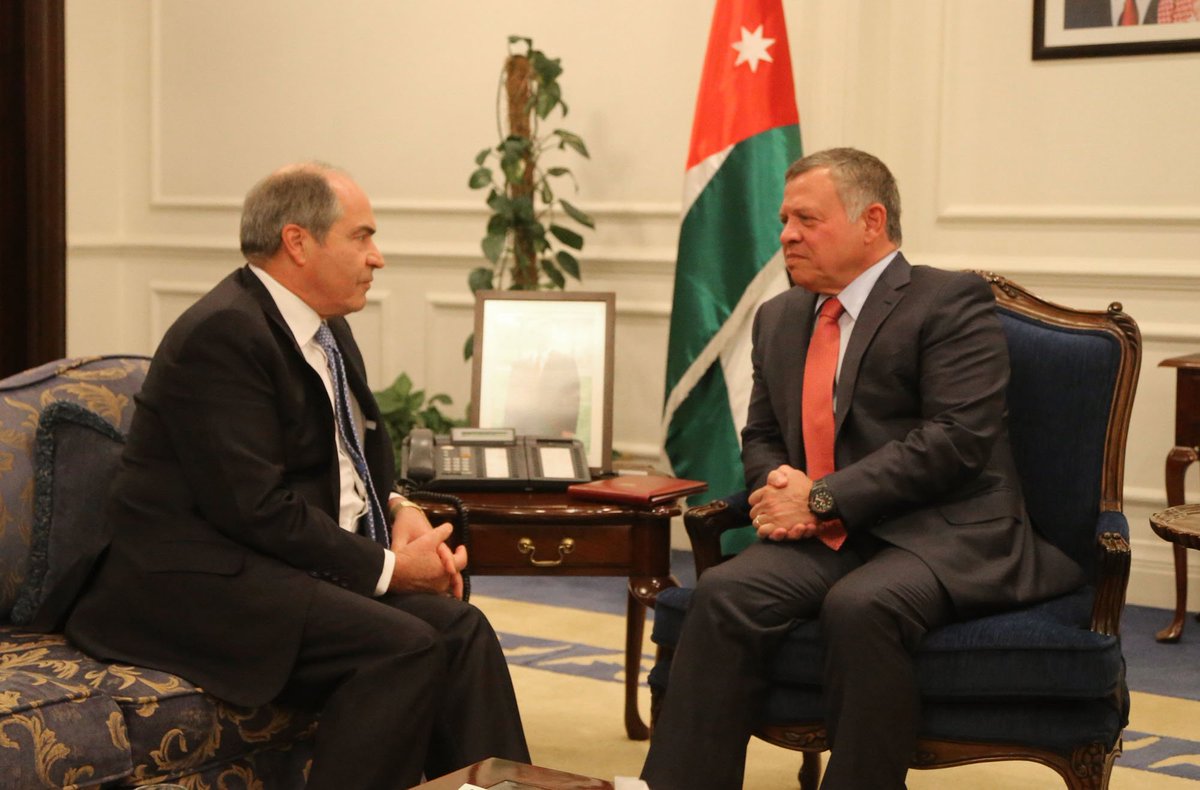 Protesters who assembled in front of the office of Prime Minister Hani Mulki, recently reappointed by King Abdullah to form a new government, are demanding his sacking, following the assassination of writer Nahed Hattar who was shot dead by a former Muslim preacher as he was leaving court.

The victim’s brother, Khaled Hattar, said “the very least” that they are demanding is “the dismissal” of Mulki. The family claims that authorities could have prevented his assassination had they taken the reported death threats seriously.

Nahed was being tried under the blasphemy laws for contempt of religion and inflaming religious tension after he shared a picture of a bearded man in heaven smoking in bed with women and asking God to bring him wine and clear away his dishes.

Khaled said they “handed over 200 names” of people threatening to kill Nahed to the governor of Amman and the assassin was among them. He lamented that the governor “refused” their request for protection claiming that there was no real threat.

The family has refused to collect the corpse of Nahed as they continue their protest for the Prime Minister’s dismissal. “No to extremism, No to violence” and “Down with the government” were some of the slogans chanted by the protesters.

Majed Hattar, the deceased’s sister, said, “we demand that all those whose actions led to the assassination of the martyr be held accountable.” She explained that her brother “asked for protection but when he was released from prison, he was asked to sign a document (stating) that he was responsible for his own safety.”

A source familiar with the matter said the gunman had told investigators that he acted alone. He was taken to court on Monday on terrorism-related charges.

Although most of the Jordanians disapproved of Nahed’s act they were shocked by his assassination as the country is not used to settling issues through extreme measures.