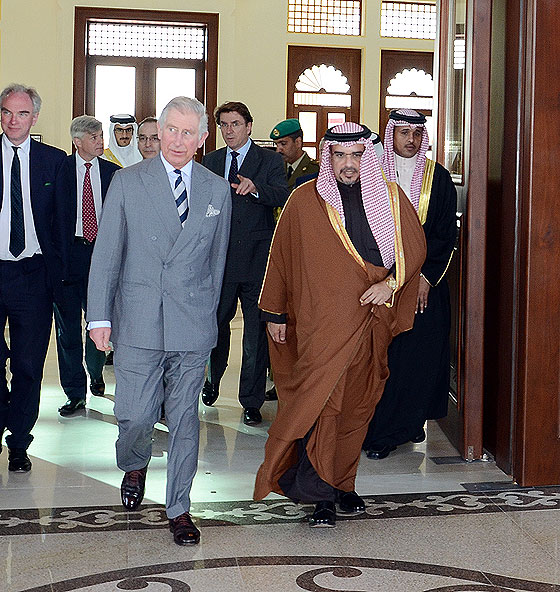 The announcement by Clarence House that Prince Charles will be visiting three Gulf countries, including Bahrain, in November has stirred the reaction of human rights campaigners, with some claiming that the visit will serve as an endorsement of the abuses carried out by Bahraini authorities.

Besides Bahrain, Prince Charles will be visiting Oman and the United Arab Emirates at “the request of the British Government” as his official tour “will help to strengthen United Kingdom’s warm bilateral relations with key partners in the region.”

Spokesman for Campaign against Arms Trade, Andrew Smith, said “it is totally inappropriate for any member of the (British) Royal Family to use their position to lend UK support to brutal dictatorships like the one in Bahrain.”

His criticisms were echoed by Sayed Ahmed Alwadei, Director of advocacy at the Bahrain Institute for Rights and Democracy. Alwadei pointed out that the visit highlights that “the major human rights violations in 2016 are not in the British monarchy’s mind.” He added that the message being sent is that “the UK doesn’t care that torture victims are on death row and critics face decades in prison, it actively endorses this repression.”

Analysts believe that Charles’s visit could be part of promoting and sealing arms deals with the Gulf States like in 2014 when he visited Saudi Arabia. During that visit to the oil rich kingdom, Britain’s biggest arms company reached a multi-billion agreement deal with Riyadh for the sale of 72 Typhoon fighters.

Bahrain is a strategically located Gulf State and it is home to a British Naval base. Manama has been cracking down on protesters demanding political reforms and it has been targeting the Shia majority claiming that they want to destabilize the country and overthrow the government.

A couple of months ago, it dissolved the Wefaq party, largest opposition party with Shia dominance, and also revoked the citizenship of Sheikh Isa Qassim, the spiritual leader of the kingdom’s Shias. Majority of the population are Shias but power is concentrated in the hands of the Sunni minority that enjoys the strong support of neighboring Saudi Arabia.