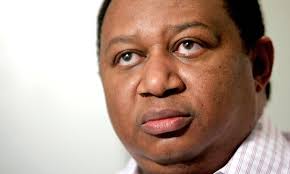 Secretary General of the Oil Producing Exporting Countries (OPEC) Mohammed Barkindo has hinted that the organization could hold an extraordinary meeting as early as November if OPEC and non-OPEC producers meeting on the sidelines of the International Energy Forum reach a consensus. The Energy Forum will be held in Algeria September 26 to 28.

Barkindo made these remarks while on a visit to Algeria. Algerian energy minister Noureddine Bouterfa on his part said he believed that most OPEC members support a freeze in production. According to the minister, the plan is to have at least a six-month freeze on production output to balance the oil markets with the hope that the price will increase to between $50 and $60.

An optimistic Barkindo and a confident Bouterfa said the feedback from oil producing countries is positive.

President Nicolas Maduro of Venezuela added his voice to the hope of stabilizing the market. He was quoted by the state-owned oil company, Petroleos de Venezuela SA, as saying that a “definitive answer” could be reached this month in Algiers following “positive discussions” with his Ecuadorian counterpart Rafael Correa and President Hassan Rouhani of Iran at the just concluded Non-Aligned Movement Summit. “We are close to an agreement between OPEC and non-OPEC countries to stabilize the market,” he stated.

Countries that are heavily dependent on hydrocarbons revenues are severely affected by the low prices that have persisted since mid-2014.

Barkindo stressed that OPEC is not seeking a definite price range for oil but stability for the market.