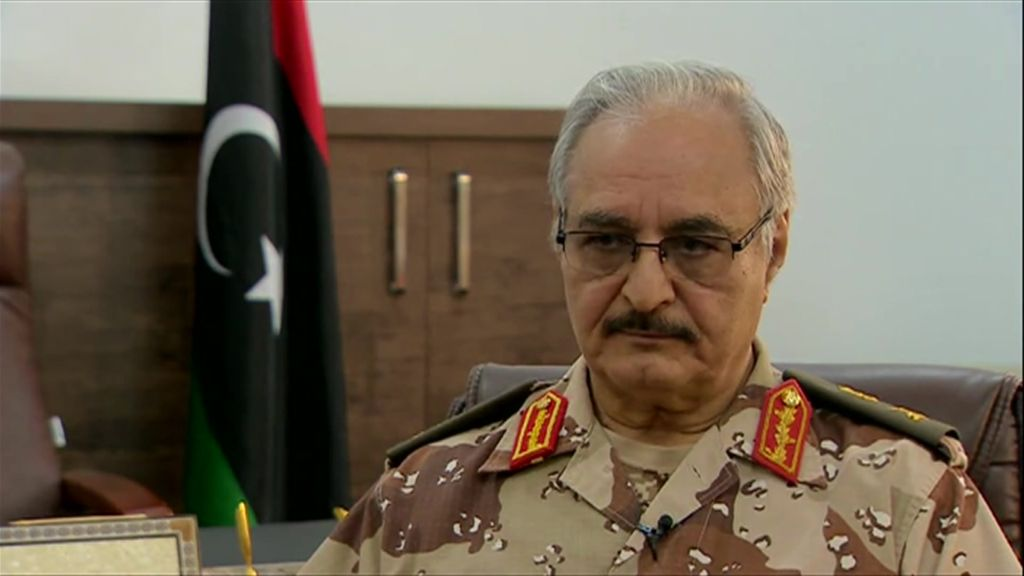 UN Special Envoy for Libya Martin Kobler’s tweet that “it’s up to the Libyan to find a peaceful solution” to the intense clashes between the Libyan National Army (LNA) and the Petroleum Facilities Guard (PFG) and that “I stand ready to help and mediate” were unwelcomed by Field Marshall Khalifa Haftar of the LNA.

The former general who was promoted to his new rank last week after capturing four key oil terminals from the PFG stressed that “Kobler is meddling in very sensitive issues.” Kobler has recently tried to meet Haftar but the latter declined the invitations.

The control of the oil terminals in Brega, El Sidra, Ras Lanuf and Zueitina by the LNA, loyal to the Tobruk-based House of Representatives (HoR), has weakened the status of the UN-backed Government of National Accord (GNA) that is close to the PFG.

Amid the crisis surrounding oil ports with the PFG attempting to regain control of El Sidra and Ras Lanuf repelled with airstrikes during the weekend, the LNA has handed over the terminals to the National Oil Corporation (NOC.)

NOC’s Chairman Mustafa Sanalla lashed out at the PFG on Monday stating that “the events in the Oil Crescent must have made it clear to everybody that the use of blockade as a tactic in our politics is a dead end.” The PFG had blocked exportation from the oil ports under its control and reached a payment package deal with the GNA in August with the help of Kobler. Sanallah criticized the deal and insisted “it is time to let Libya’s oil flow freely and get Libya back on its feet.”