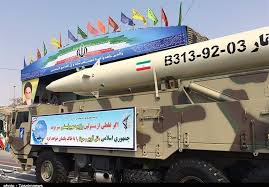 The Iranian Armed Forces held a military parade on Wednesday to commemorate the Sacred Defense Week marking the beginning of their war with Iraq in 1980.

The highlight of the event was the unveiling of Zolfaqar, a new long-range ballistic missile, said to be one of the most precise domestic missiles.

In his speech during the parade, Chief of Staff Major General Mohammad Hossein Bagheri stated that the historic $38 billion military aid for a decade reached between the US and Israel only makes Tehran “more determined in strengthening the defense power of the country.”

The Zolfaqar missile has a cluster warhead and it can hit targets spread over the ground.

Bagheri said that Iran would continue to develop its deterrence power like its enemies in order to be in a position to confront threats and assure its complete readiness in facing possible risks and dangers. He also underlined the importance of the mobilized voluntary forces, known as Basij, by stressing the need for complete readiness against both strategic and tactical operational attacks.

The tone was however different in New York where President Rouhani met with Italian Prime Minister Matteo Renzi on the sidelines of the UN General Assembly.

During the meeting, the Iranian president focused on promoting trade and economic cooperation stating that “the European leaders should provide banks and insurance companies with guarantees and assurances on financial cooperation ” with Iran.

He added that the nuclear agreement reached in 2015 with the so-called P5+1 should be beneficiary to “our nation and companies as well as the region.”

Renzi noted that Italy is “ready for any measure to bolster economic relations” with Iran. Increasing numbers of Italian investors have been visiting Iran since the beginning of the year. 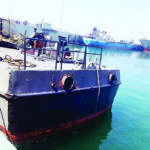