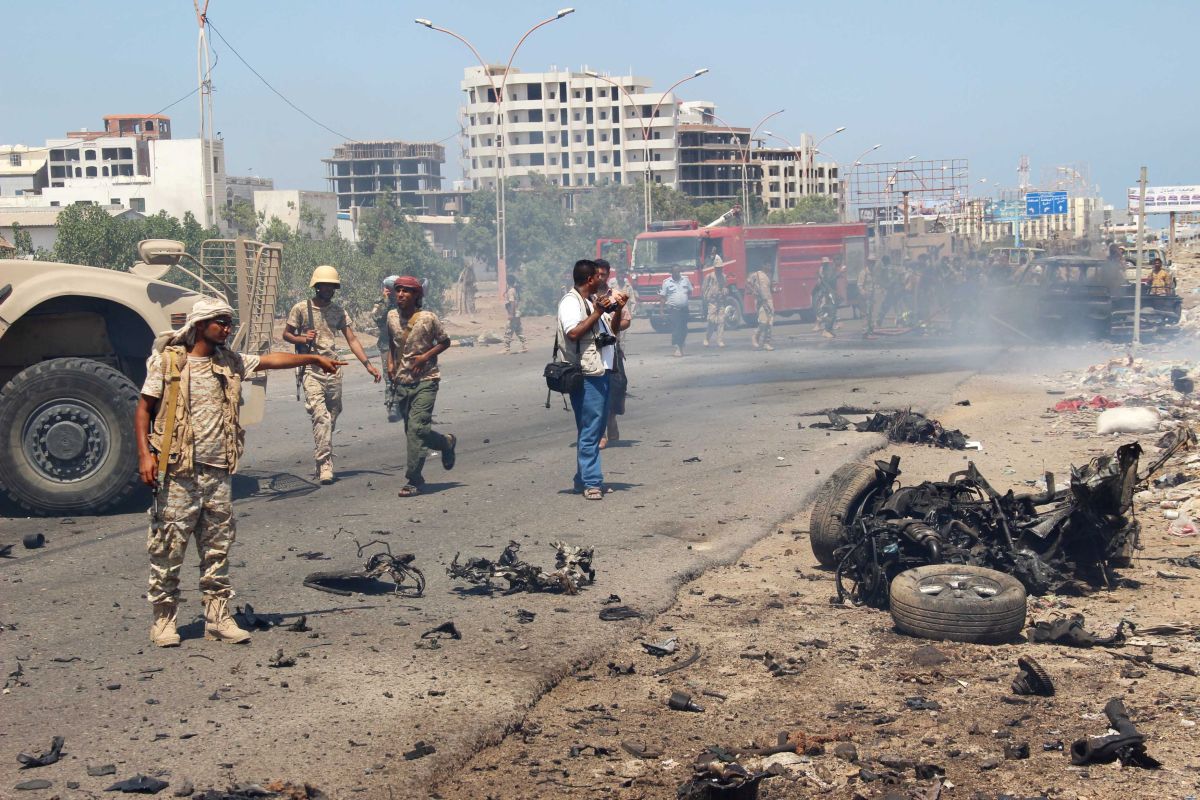 The Hadi-led government’s efforts to retake provinces neighboring Aden have been dealt a blow after an early Monday car bomb attack on a training camp killed at least 60 recruits and injured dozens others.

The government has trained hundreds of soldiers over the past two months in preparation for an assault on provinces controlled by the al-Qaeda and Islamic State militants due to successive bombings and targeting of authorities. Some reports stated that troops were to be deployed close to the Saudi-Yemeni border. The attack occurred when the recruits were having their breakfast.

No group has claimed responsibility but extremist groups are suspected to be behind it. It is not the first time that recruits have been targeted in Yemen.

The government is trying to impose its authority in the areas it controls but it is finding it difficult to control its temporary capital, Aden, despite announcing that it has been liberated from the Houthi Movement. Extremist militants had sided with pro-Hadi forces in freeing Aden and other provinces but have since then carved out their own territories in the liberated areas and are refusing to hand them over to the government.

Earlier this month, Yemeni government forces backed by a Saudi-led coalition entered Abyan’s provincial capital Zinjibar but were forced to retreat from the town of al-Mahfid under fierce resistance from al-Qaeda.

The Saudi-led coalition has been supporting pro-Hadi forces with airstrikes and ground troops but progress to bring the county under the control of the Hadi-led government as the “legitimate” authority has been going at a slow pace.

The war, which started as battle against the Houthi Movement and its allies, has slowly contributed to strengthening scope of influence of al-Qaeda and the Islamic State.

According to the UN, more than 6,600 people mostly civilians have been killed since the intervention of the coalition in March 2015 while 80% of the population is in dire need of humanitarian aid.