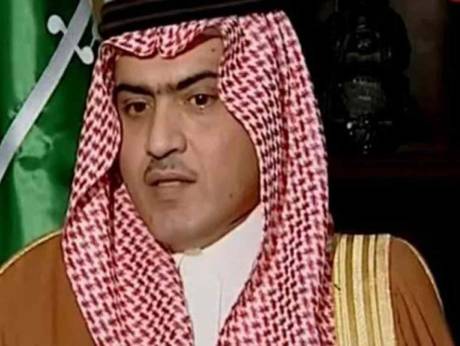 Spokesman for the Iraqi Foreign Ministry Ahmad Jamal said Baghdad has requested Saudi Arabia to replace its Ambassador to Baghdad, Thamer al-Sabhan, for he has breached “the limits of diplomatic representation.”

The spokesman reiterated however the government’s desire to continue maintaining the “best relations with the Kingdom of Saudi Arabia.”

Ambassador Sabhan recently stated that Shia armed groups, with the support of Iran, are planning to assassinate him in a “terrorist plot.”

Iraqi authorities have warned the Ambassador on several occasions to refrain from comments considered as interference in the country’s domestic affairs and it is feared that his latest statements could aggravate sectarian tensions between Shias and Sunnis in the country.

The Saudi ambassador reacted to the request for his replacement by acknowledging that some Iraqi factions were “disturbed” by his comments but “we have a very amicable relationship with Iraqi politicians that the media does not depict.” He said the kingdom’s policies towards Iraq will not be affected.

Shias in Iraq have repeatedly demanded his withdrawal from the country.

Riyadh and Tehran are yet to officially react to the statement as both countries continue to have opposing regional policies.

The request from Baghdad could be a setback to the diplomatic ties with Riyadh following the reopening of the latter’s embassy in December 2015 after closing its door for 25 years in condemnation of President Saddam Hussein’s invasion of Kuwait.