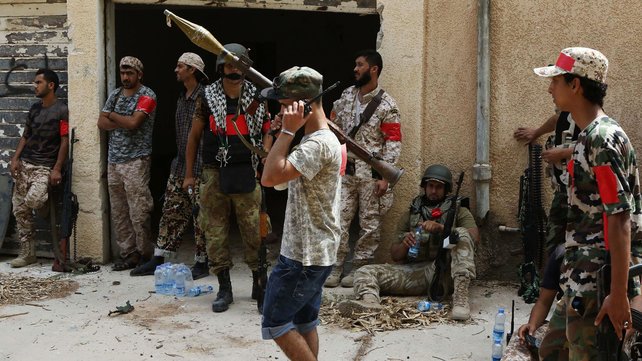 Clashes between forces loyal to the UN-backed government and the Islamic State have intensified during the weekend. Spokesman of the Government of National Accord (GNA) Reda Issa described it as “the final battle for Sirte” since the offensive to take over the coastal city from the extremist group began in May.

The battle has been fatal for the pro-GNA forces after 34 fighters were killed by five IS car bombs that also left 150 injured on Sunday.

A local military commander said they are “now preparing for the decisive phase (battle) which will commence in the coming hours, God willing, against the infidels to rid our beloved city from Daesh.”

Snipers, suicide bombers and booby traps left behind by IS are slowing the progress of the GNA forces.

Around 1,000 fighters are engaged in the battle and they have cornered the extremist militants to a single residential area. Although some IS militants are believed to have fled when their control of Sirte began to shrink, the group is not expected to easily withdraw from a city that has served as its bastion in North Africa since they took it over last year.

Forces loyal to the GNA have been trying to take over the coastal city for the past three months but were only able to enter it in June. In August however, they have made major progress with the support of US that has made more than 70 airstrikes since the beginning of the month. An unnamed medical source in the Misrata Central Hospital said that the Sirte clashes have left 442 Libyan forces dead and 2,100 others injured so far.

Prime minister-designate of the GNA has vowed that there will be no foreign troops on the ground in the fight against IS but there have been reports that US, British and French special troops are in the country. France admitted the presence of its troops in Libya after three soldiers died in a helicopter crash.