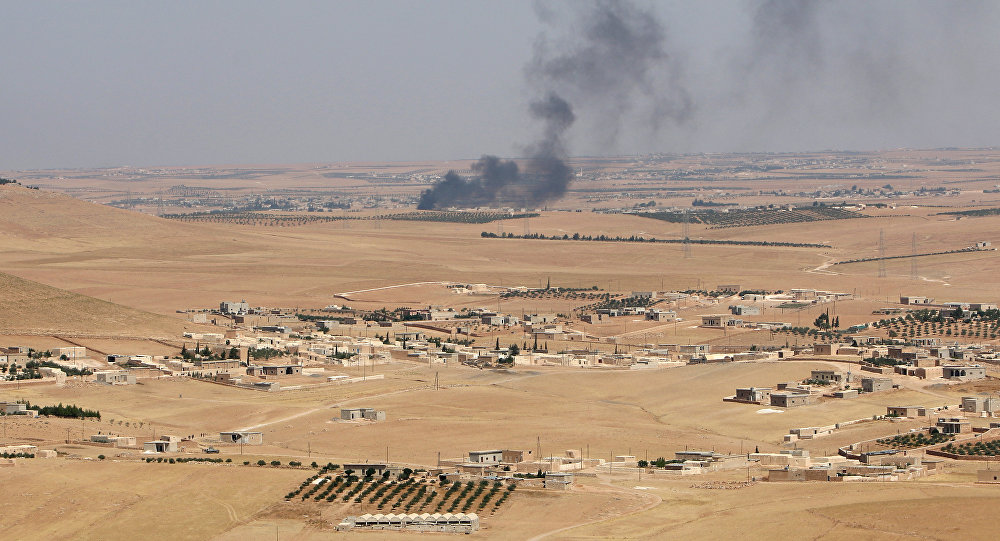 Syrian opposition groups have called for the suspension of the airstrikes staged by the U.S-led coalition against ISIS pending investigations of civilians’ killing in Manbij by coalition forces. The president of the Syrian National Coalition Anas al-Abdah said “it is essential that such investigations not only result in revised rules of procedure for future operations, but also in accountability for those responsible for such major violations.” He is worried that killing civilians could “prove to be a recruitment tool for terrorist organizations.”

The Syrian government has held American and French forces responsible for the airstrikes launched on Monday and Tuesday. In a protest letter sent to the UN Syria lamented that they sent “their missiles and bombs to the civilians instead of directing them to the terrorist gangs,” condemning what it described as “two bloody massacres.”

The raids on the village of Al-Tukhar, 14km north of Manbij, killed at least 56 civilians according to the Syrian Observatory for Human Rights. UNICEF’s Syria representative Hanaa Singer said “more than 20 children were reportedly killed.” She said “such horrific incidents confront parties to this conflict with their shared responsibility to respect international humanitarian laws that protect children in war.”

US Defense Secretary Ash Carter said they will investigate the civilian casualties while a spokesperson for the coalition wondered “how the Syrian government knows who conducted what strike” because there are “multiple national aircrafts providing strikes in Manbij.”

The Manbij Military Council which fights under the Syrian Democratic Forces alliance has called on IS to leave the town within 48 hours in order “to protect civilian lives.” The Western-backed Free Syrian Army released a statement signed by 30 armed factions describing the killings as “shocking massacres” before warning that “we will not allow any crime to be justified under the pretext of combating terrorism.” Syrian activists are already calling for protests against the deaths.

Manbij is a stronghold of the extremist group.