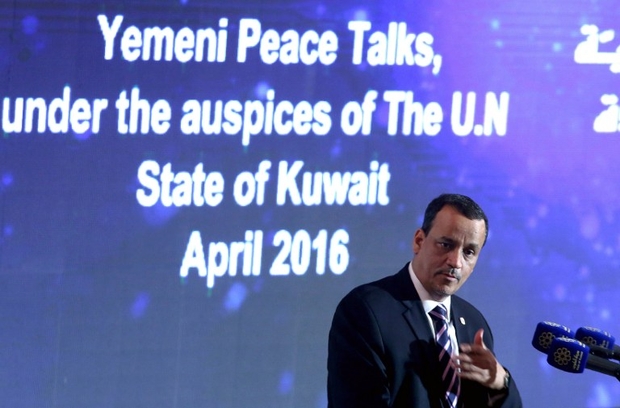 The Kuwaiti government has given the participants in the ongoing Yemeni talks a 15-day deadline to reach a peace deal.

Kuwaiti assistant foreign minister Khaled al-Jarallah said Kuwait has “from the very beginning” agreed with the concerned parties to “conduct the negotiations within a timetable.”

The country has been hosting the talks “for a very long time and this is enough,” Jarallah said, adding that the Yemeni parties have 15 days to settle matters.

The talks began in April have not led to concrete achievements but helped lower the level of violence in Yemen as well as the exchange of prisoners between the Houthi Movement and government forces.

After the expiration of the 15-day deadline without any agreement to end the conflict, “our brothers will have to excuse us if we cannot continue hosting” the negotiations, Jarallah stressed.

It is unclear when the 15-day ultimatum will end but UN special envoy Ismail Ould Cheikh Ahmed stated that the talks, which resumed this week after the Aid Al-Fitr break, would last for two weeks. The special envoy who had met with the rebel and government delegations underlined that “it’s time for decisive decisions that will prove your true intentions and national responsibilities to Yemenis.”

The talks in Kuwait have been the most promising since the conflict began and hostilities could increase again after the expiry of the deadline.

Humanitarian and relief agencies are worried that the demand for aid will be on the rise again.