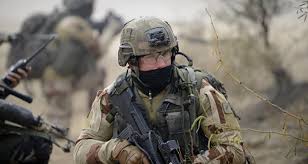 The spokesman for the French government, Stephane Le Foll, has confirmed that there are French forces in Libya but denied to clarify if they were among those killed by the Defending Benghazi Brigade that claimed responsibility of shooting down a helicopter reportedly carrying two French special forces.

“The Special Forces are there (in Libya), of course” the spokesman stated when quizzed on the matter. He claimed that their presence is “to help ensure that France is present everywhere in the fight against terrorists.”

Later on, President Hollande stated that the soldiers were killed while carrying out “dangerous intelligence operations.”

The downing of the helicopter on the outskirts of Benghazi happened on Sunday and two officials in Libya under the condition of anonymity told Associated Press that there were no survivors. One of the sources is said to be an air force officer with knowledge of the passengers onboard the helicopter while the other is an official working for western missions.

French officials are unwilling to comment of the alleged deaths of their Special Forces and the defense ministry stated that information regarding Special Forces is classified.

This is the first time that France openly admits to having troops on the ground since the end of the Gadhafi regime. Reports surfaced early this month that Western countries, despite supporting the UN-backed Government of National Accord as the sole Libyan authority internationally recognized, continue to cooperate with renegade General Khalifa Haftar who is head of the Libyan national army and loyal to the Tobruk-based government. The Defending Benghazi Brigade said the helicopter it shot down belongs to Haftar’s forces.

Other countries such as the US and the UK are believed to have forces on the ground in Libya.

Efforts to the end the Libyan war are still ongoing and the Dialogue committee’s meeting in Tunis ended on Tuesday. A released statement noted the “conditional” support of political factions based on the results of its actions to overcome challenges such as the persistent load shedding, energy crisis and cash shortage in banks.