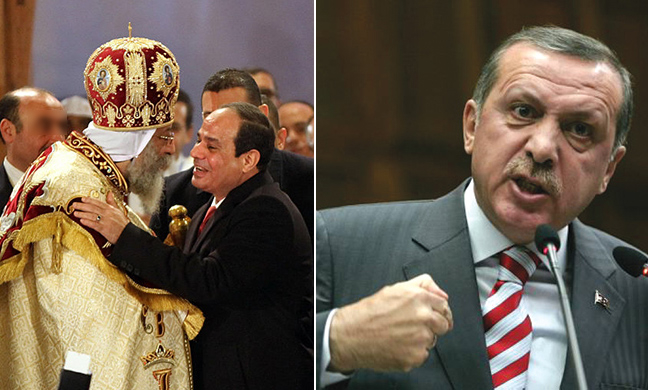 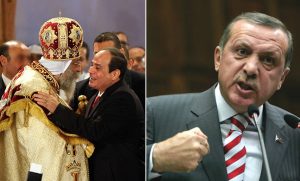 Turkey Monday said it has not undertaken any step to normalize tensed ties with Cairo at the time it seeks to thaw ties with Israel and Russia.

“No official or unofficial step has been taken on the normalization of the relationship between Turkey and Egypt at the moment,” government spokesperson and Deputy Prime Minister Numan Kurtulmuş told reporters.

Ties between Ankara and Cairo were severed in 2013 following the toppling of Mohamed Morsi; Egypt’s first democratically elected president. Turkey had backed Morsi, a member of the Muslim Brotherhood. Turkish President Erdogan had also hit al-Sisi’s regime for human right violation and crackdown on Islamists.

It has been rumoured that Turkish authorities would send a team of officials to Egypt to ease the tension but Kurtulmuş rejected the reports, reminding of the initial and official stance of the Turkish government.

The Deputy Prime Minister Numan Kurtulmuş explained that Turkey suspended ties with Egypt because it is against military coups.

“This kind of anti-democratic and oppressive implementation will not bring any benefit to the people and politics of Egypt. We wish the Egyptian government to review all of its actions, take steps to make progress [on these issues] and as a result of this, the normalization of the relationship between Turkey and Egypt.”

Saudi Arabia and other regional leaders sought to heal the wounds between Erdogan and al-Sisi but attempts have yielded no results.

Morsi and several other Muslim Brotherhood figures have been handed heavy sentences, including capital punishment.