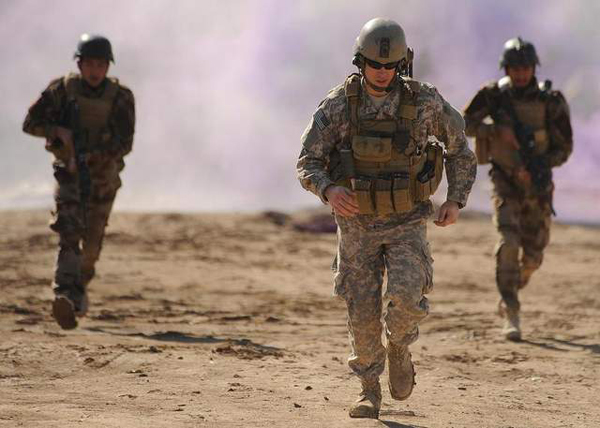 As the Iraqi army prepares to go on the offensive in Mosul against the Islamic State, US Secretary of Defense Ash Carter announced that 560 additional troops will be deployed in the country to help local forces capture the extremist group’s headquarters.

“These additional US forces will bring unique capabilities to the campaign and provide critical enabler support to Iraqi forces at a key moment in the fight,” he stated. Mosul has been under the control of the extremist group since 2014 and serves as its headquarters. Many believe that its leader, self-declared caliph, Abubakar al-Baghdadi, is sheltering there.

The troops are expected to be deployed “relatively soon” according to top U.S commander in Iraq, Lieutenant General Sean MacFarland. The troops will be based at the Qayara airbase captured by the Iraqi forces last week. The base is 60 kilometers away from Mosul.

Controlling the airbase showed local forces’ strong will to fight, Carter said, adding he is confident that the additional US forces will help “bring unique capability to the campaign and provide critical support to the Iraqi forces” in the war against the Islamic State.

Members of the US-led coalition are expected to meet in Washington before the end of the month to discuss the campaign and certainly the Mosul offensive, as there are already plans to encircle the city before the operation begins. “At every step in this campaign, we have generated and seized additional opportunities to hasten ISIL’s lasting defeat,” Carter stated before adding that the coalition “will continue to look at what more we can do to create and seize opportunities and accelerate ISIL’s lasting defeat.”

The arrival of the additional troops will increase the number of US forces, termed as military advisers by Washington, to 4,647 excluding service members who are sent to Iraq on temporary basis. It will be Obama’s second US troop increase in Iraq in the last three months.