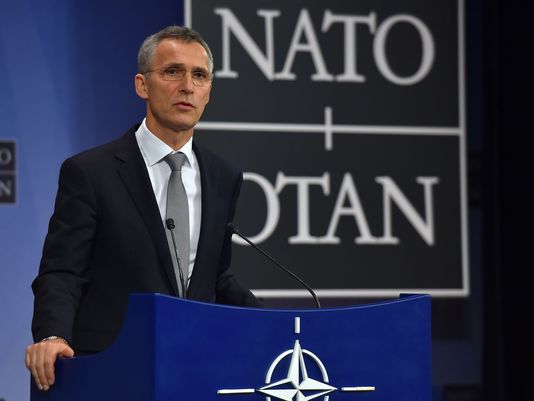 NATO has revealed plans to increase its operations in the Mediterranean Sea especially along the Libyan coast.

NATO Secretary General Jens Stoltenberg said at the end of the organization summit in Warsaw, Poland, operation Active Endeavour meant to protect ships plying the Straits of Gibraltar from terrorist attacks will be transformed into a “broader security mission called Sea Guardian” and it will be implemented in close collaboration with the European Union’s Operation Sophia in the central Mediterranean Sea in order “to cut lines of international human trafficking in the Aegan sea” used by illegal migrants to reach Europe from Turkey.

The announcement coincides with the summer season which marks the arrival of higher numbers of illegal migrants to Europe onboard overloaded makeshift boats.

Libya has been a main departure point since the end of the Gadhafi regime and terrorism risks have been on the rise due to the increasing presence of extremist militants in the North African country.

Under NATO’s Sea Guardian operation, participating warships are expected to come from several European countries including Turkey. The summit voiced readiness to help Sophia in intelligence collecting, surveillance, reconnaissance as well as in the capacity building of the Libyan coastguard and navy. It also includes “countering trafficking and terrorism.”

Critics of the operation such as Human Rights Watch’s Judith Sunderland lamented the “militarization of a humanitarian crisis” instead of expanding “safe and legal routes to Europe.” She called on NATO to “avoid trapping people in lawless and violent Libya, either through forced returns or asking Libyan forces to send people back”.

Fighting in Libya is still intense as militia groups continue to fight against each other and against the Islamic State. The country has three rival authorities and leaks emerged last week that Western countries formally supporting the UN-backed Government of National Accord continue to cooperate with renegade General Khalifa Haftar, head of the Libyan national army, who is loyal to the House of Representatives based in the coastal city of Tobruk.