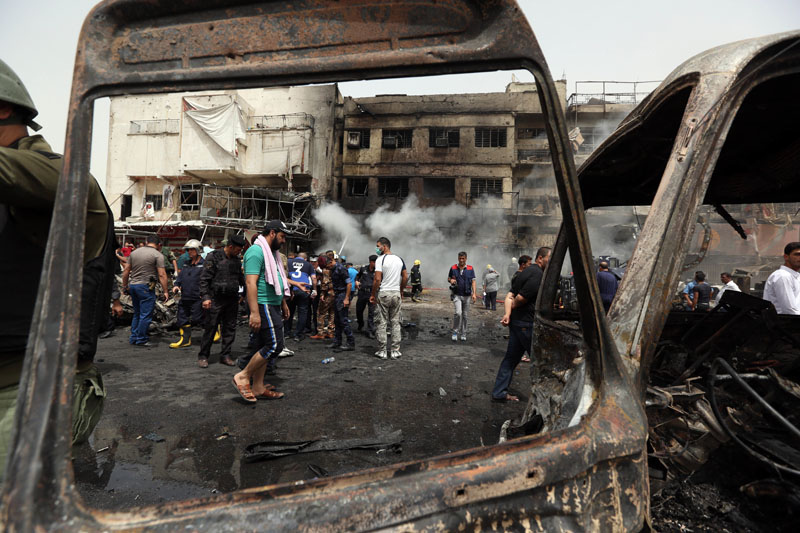 Six Jordanian soldiers stationed at the border with Syria were killed in a car explosion in the early morning of Tuesday but no group has claimed responsibility for the attack.

The military released a statement stating that “several of the attacking vehicles were destroyed” and “a booby-trapped car” was used. The state TV described it as a “cowardly terrorist attack” and an official told AFP that the number of casualties could increase as 14 others are injured.

The car exploded in the Rukban district opposite the Syrian refugee camp according to the military statement. Jordan shelters more than a million refugees from Palestine, Syria and Iraq but the latest incident could have a negative impact on the kingdom’s hospitality because it came two weeks after five Jordanian intelligence agents were killed by a gunman who stormed the General Intelligence Directorate office in Ain el-Basha near Palestinian refugee camp of al Baqa’a.

Rukban is close to the Syrian and Iraqi border but the attack is reported to have been launched from the Syrian side. The Syrian refugee camp near the border houses more than 55,000 people and serves as a screening post before entering into Jordanian territory. Officials told Al Jazeera that bombs exploded in the buffer zone between the Jordanian border and the camp, in the desolate desert area.

Jordan has strongly mobilized its forces against the Islamic State under the US-led coalition after the group burnt a Jordanian pilot alive. It is unclear if the attack will lead to new tough measures along the border and against those fleeing the conflicts in neighboring Syria and Iraq.