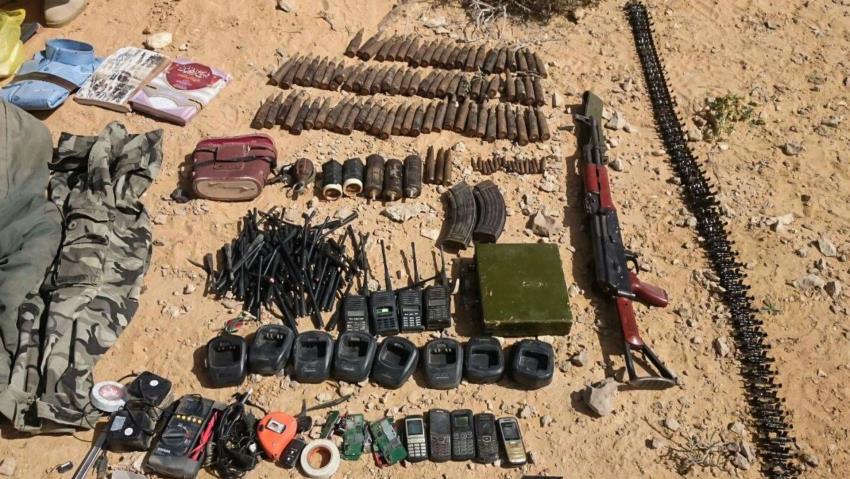 The Egyptian army announced Tuesday that it killed six terrorists in the north of the restive Sinai province where the army is at loggerheads with IS-affiliated militants.

On Monday, the army spokesperson Mohamed Samir indicated that 13 terrorists were killed in gun battle with army forces.

As many as 30 improvised explosive devices that can be planted on moving targets were also neutralized or destroyed northwest of Mount Halal, reports say.

Egyptian security and army forces have been facing repeated attacks from Islamists in the Sinai following the overthrow of Islamist President Mohamed Morsi in 2013.

The Islamists who pledged allegiance to the Islamic State (IS) in 2014 vowed to bring down President al-Sisi’s regime.