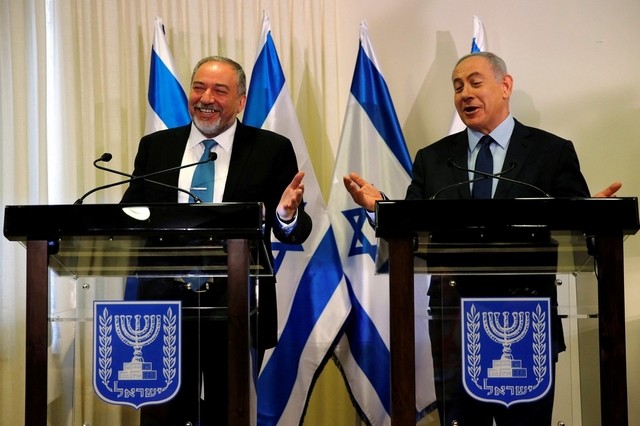 In response to Prime Minister Benjamin Netanyahu’s decision to bring in ultranationalist Avigdor Lieberman as defense minister, Erekat said “the existence of this government brings a real threat of instability and extremism in the region,” and such an appointment would “result in apartheid, racism and religious and political extremism.”

By bringing the hardline Yisrael Beitenu nationalist party to his coalition, Netanyahu has formed what is being called the most right-wing government in Israel’s history.

Lieberman is replacing Moshe Yaalon who resigned to protest, he had said, the Prime Minister’s “recent conducts” and because of “lack of trust” in Netanyahu.

Lieberman, himself a Jewish settler, would be responsible, in his capacity as defense minister, for implementing Israel’s policies in the occupied Palestinian territories.

Lieberman, 57, an advocate of the death penalty for the perpetrators of anti-Israeli attacks, however pledged to be balanced and said he was committed to “responsible, reasonable policy” at a ceremony at Parliament during which Netanyahu announced the deal with Lieberman’s Yisrael Beitenu party.

The appointment of the leader of Yisrael Beytenu party has caused fears and worries in several countries as many fear that Liberman’s party known us ultra-nationalist may jeopardize peace efforts with Palestinians.

The hardliner’s appointment has also sparked deep concern among Israeli centrist and left-wing politicians, as well as among some of Netanyahu’s Likud party colleagues.

Netanyahu has sought to ease fears, saying he will continue to seek peace with the Palestinians and oversee the defense ministry’s policies, which include control over most of the occupied West Bank.

Negotiations with the Palestinians are in a deadlock since a US-led initiative collapsed in April 2014.