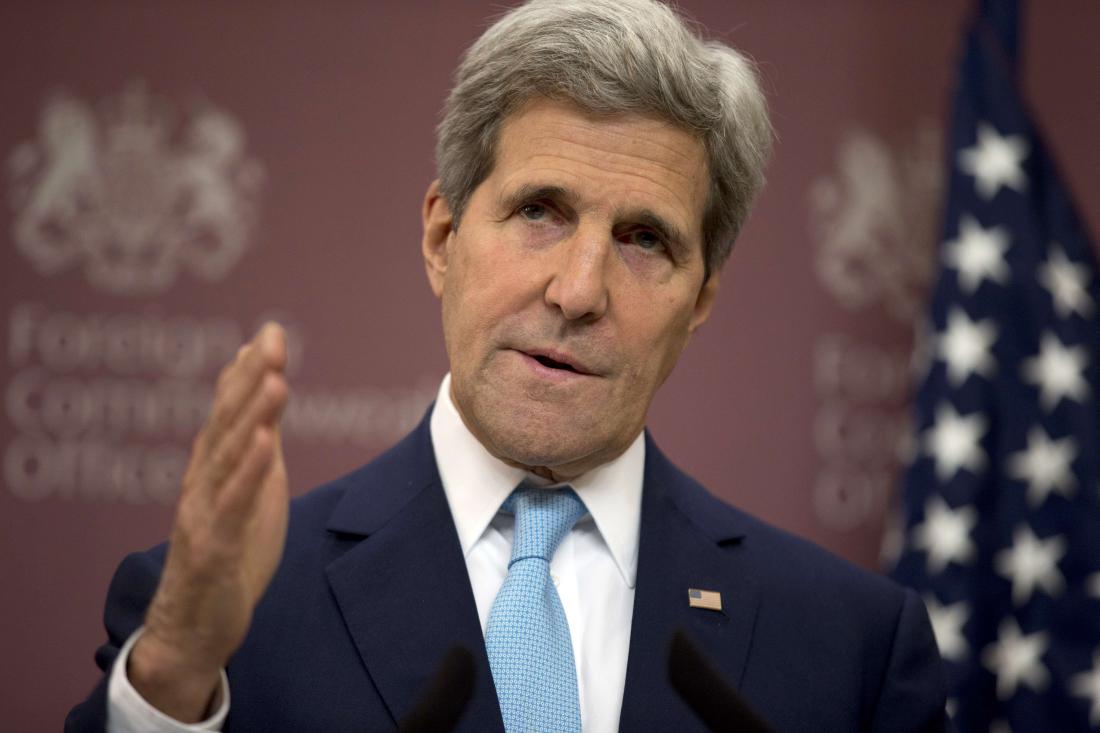 Secretary of State John Kerry Thursday said the United States would attend the ministerial conference organized by France to be held on 3 June to launch a new framework for peace talks between Palestinians and Israelis.
“I told him [French Foreign Minister Jean- Marc Ayrault] that I would be there,” Kerry said at the sideline of a NATO foreign ministers’ meeting in Brussels.
“I will work with the French, I will work with the Egyptians, I will work with the Arab community in good faith in an effort to see if we can find a way to help the parties see their way to come back,” Kerry said.
France is expecting the U.S., close ally of Israel to attend the conference which will gather 20 foreign ministers including the Middle East Quartet to prepare the ground for a major conference focused on peace talks between Palestinians and Israelis based on two-state solution, for the fall.
Last U.S. attempts to revive talks between Palestinians and Israelis collapsed in 2014 as both camps came with wish list difficult to compromise on.
Kerry reportedly rejected claims that the U.S. had failed to bring the rival side to the peace table, throwing the blame of the Palestinians and the Israelis.
“It is not the failure of the US or any other country to bring people back to the table. It is the failure of those countries themselves to make the decision to come back to the table,” Kerry said.
Israel has rejected the French initiative saying that only direct talks between the two sides could lead to genuine talks and solutions.
Israeli reports say that proposal by the Egyptian President this week to mediate between opposed Palestinians brother has been welcomed in Tel Aviv.
President la-Sisi this week in a televised address urged Palestinians and Israelis to seize the French opportunity and renew peace talks. He claimed that creation of a Palestinian state will give hope to Palestinians and also provide security to Israel.