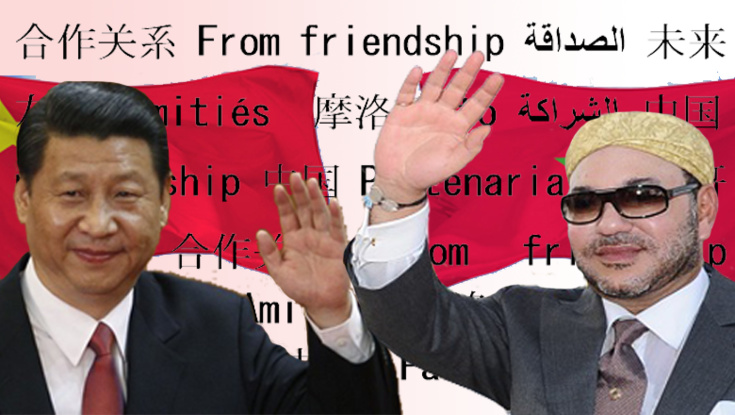 The historic visit King Mohammed VI starts this Wednesday to China will certainly open a new era of cooperation between the two countries, which share same values, goals and stands on a number of international issues.

During this visit, the Sovereign will hold talks with Chinese President Xi Jinping, said the Ministry of Royal Household, Protocol and Chancellery. The two leaders will also chair the signing ceremony of several bilateral agreements.

King Mohammed VI will also meet with several Chinese senior officials during this trip seeking to launch strategic partnership between Morocco and China, which have always maintained good relations of cooperation and friendship since the establishment of their diplomatic relations in 1958.

According to Chinese Ambassador to Morocco Sun Shuzhong, the royal trip will foster further “the strategic, comprehensive and exemplary partnership set by the two countries” sharing a common history which dates back to the 8th century AD.

Relations between China and Morocco have been developing steadily and smoothly, yielding fruitful results. In the political field, Moroccan-Chinese relationship is marked by frequent high-level exchanges between the two sides, mutual trust and understanding.

The expanding cultural cooperation is also contributing to the rapprochement and entente between the two peoples. Last year, over ten thousand Moroccans visited China for either business or tourism purposes. The number of Chinese tourists to Morocco is also increasing. A growing number of Moroccan students have started learning Chinese in a bid to foster the bridge of understanding between two countries and enhance further their cultural exchange.

According to some experts, Moroccan and Chinese economies are complementary which can unleash huge growth and development potentials if all untapped resources are better harnessed.