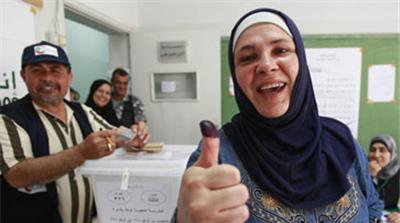 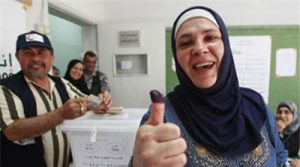 The first round of local elections held only in Beirut and the eastern Bekaa Valley could be contested because two major political fronts are already claiming victory ahead of the release of official results.

Hezbollah has claimed victory in the Bekaa Valley with its deputy chief Sheikh Naim Kassem stating that they had a “complete victory.” They presented candidates in 80 of the 143 jurisdictions which includes the nearby town of Brital close to the Syrian border.

The Beirut List, an alliance of mainstream parties and senior politicians, headed by Jamal Itani, also claimed that it had won all 24 seats being contested for in the Beirut municipality. Former Prime minister Saad Hariri is part of the group and gave a victory speech saying “there is a new political page” after the elections. Speaking about the elections, he said “Beirut asserted that its decision is in its hands and that parity is an irrevocable choice that no one can shake or play with.” “Unfortunately, some political forces did not appreciate it,” he said.

In what sounds as an offer to the newly created Beirut Madinati party, Hariri said “the fact is that you resemble us and you do not resemble those who tried to use your votes for one purpose: break parity, and harm the Beirutis, Beirut and its political will.” He described the party as a “part of Beirut’s social, civil, cultural and youth fabric.”

Beirut Madinati meaning Beirut is my city has refrained from making statements until after the official results are announced. They aim to do away with traditional political maneuvers that are affecting the city. Local media reported that Madinati was leading in one of the capital’s three districts.

Final results could further be delayed as a judge inside the ballot counting center stated that they are “short-staffed.” The delay led to a sit-in outside the Interior ministry on Monday evening but a released statement said “the ministry’s role in the electoral process ends upon handing over the ballot boxes to the relevant registration committees that are headed by judges.” Results of the Rashaya and Western Bekaa districts were however available on the ministry’s website on Monday evening.

It is the first elections in the country since 2010.