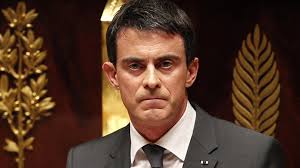 French Prime Minister Manuel Valls is set to visit Israel and Palestinian West Bank this month, in a bid to relaunch the dead peace talks between Palestinians and Israelis.

Manuel Valls will be in the region from 21 to 24 this month to lead the French initiative to bring rival camps to peace table after President Obama-led initiative collapsed two years ago.

France has announced its intention to revive talks between Palestine and Israel based on the two-state solution.

The second leg of his trip will take him to Ramallah in the West Bank on May 24 where he will hold talks with Palestinian Prime Minister Rami Hamdallah.

The forthcoming trip will pave the way for an international ministerial meeting Paris is planning to host on May 30 and which will gather 20 countries.

The Paris meeting will also lay foundation for another international meeting in the second half of 2016, which would include the Israeli and Palestinian leaders, reports say quoting French Foreign Minister Jean-Marc Ayrault.

Palestinians have supported the French initiative and last month upon France’s demand, they renounced to circulate a draft resolution at the UN seeking to condemn Israeli continued occupation.