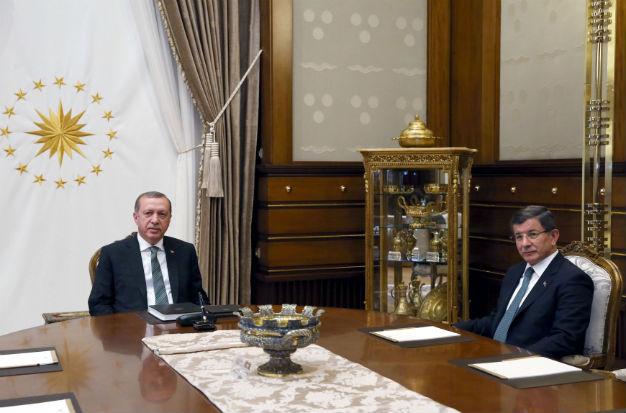 Ahmet Davutoglu is expected to step down as Turkey’s Prime Minister at the ruling party’s congress to be held this May or early next month.

Rift between Davutoglu and President Erdogan has become clear following a Wednesday 90-minute meeting between the two men.

No official statement about the meeting has been made but sources close to the Turkish presidency said Davutoglu may soon be replaced at the head of the ruling Justice and Development Party (AKP) during the upcoming congress.

Davutoglu and Erdogan have differed on many issues including the President’s desire to change the constitution in order to establish a presidential executive with more powers. The majority of Turks are seemingly opposed to the plan.

After he led the country as Prime Minister since 2003, Erdogan became President in 2014. He has sought to concentrate more power in his hands but Davutoglu has been a hurdle to his plans.

In a clear sign of the rift between the two men, AKP delegates, close to Erdogan, last month robbed Davutoglu of the power to appoint provincial leaders of the ruling party.

The two men also disagree on the government’s handling of the long and ongoing war with Kurdistan separatists and their Worker’s Party known as PKK. Davutoglu favors peace talks with the separatists while Erdogan rejects any peace efforts to end the crisis choosing to crash the group, which he labels terrorist.

Erdogan has also downplayed Davutoglu’s negotiation successes with the EU over the Syrian refugees, claiming he had paved the way for the agreement when he was Prime Minister. Davutoglu has actually been credited with finalizing a key EU-Turkey migration deal and moving closer to the EU membership, with the European Commission recently giving a green light to the visa-free travel regime between Turkey and the EU.

The coming leader of the ruling party is the de facto Prime Minister.