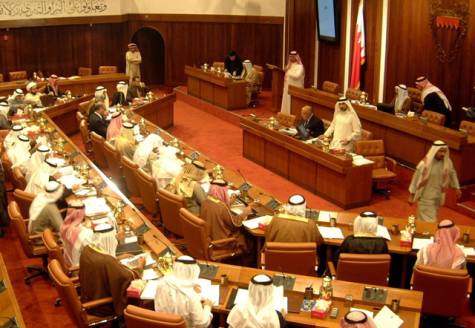 Bahraini Parliamentarians called for a declaration of war against Hezbollah, and other radical and terrorist organizations operating in the region.

They also singled out Iran and its allies alleging that their risky practices pose a threat to Arab countries especially member states of the Gulf Cooperation Council.

This came in a statement the MPs released at the end of their weekly session on Wednesday.

Bahrain has accused Tehran and Hezbollah which are close allies of trying to destabilize the country by supporting terrorist activities on its territory under the sectarian Iranian political system called Welayat al Faqih.

The Majority of Bahrain’s population is Shia but power is concentrated in the hands of the Sunni minority strongly backed by Saudi Arabia. Iran and Hezbollah are accused of “waging terror attacks against local security forces to serve their foreign agenda, destabilize Bahrain and endanger security in the country.”

The statement signals that Bahrain could be implementing reforms to take a stronger position in fighting terrorism within its territory and calls are already being made for the death penalty to be enforced on those found guilty of terrorism. The latest terrorist attack in Bahrain dates back to Saturday.

Among the lawmakers calling for a tougher punishment is Jamal Buhassan who lamented that about 19 policemen have been killed in attacks since 2011 and the accused are languishing in jails despite being sentenced to death. He criticized authorities for not referring the matter to the King for ratification because “enforcing Qisas (death penalty) on terrorists is a public demand.” The last time the death penalty was enforced is more than a decade ago.

Buhassan said Bahrain should not be concerned about the views of foreign human rights watchdogs because “terrorist acts are destroying our country and we should take necessary measures to eradicate it.” He said failing to enforce the death penalty will encourage terrorists to continue their barbarous acts.