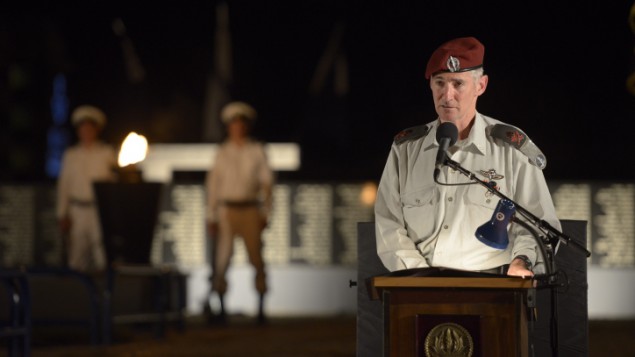 Major General Yair Golan has revealed that there is “an unprecedented level of cooperation” in intelligence matters between Israel, Jordan and Egypt as they try to fight a common enemy: extremist Islamist groups.

He said the threat posed by the extremist groups have led to “a strong feeling in the region … that we have to put aside past animosities and concentrate on mutual interests and working together.”

Arab States are usually shy about their dealings with Israel due to their support to the Palestinian Cause as Israel continues to occupy Palestinian territories.

Golan said Egypt is fighting extremist groups in the Sinai and Jordan is “terrified” by the presence of such groups in its cities and towns and Israel is cooperating with them “in order to contribute something to their security.” He said Israel’s contribution consists “mainly in providing our intelligence” which is “the most important element in the whole system.”

The senior Israeli military official said the intelligence cooperation “that’s between defense establishments” should not be considered as “some sort of reconciliation between the people” but was quick to add that “it is a good starting point and I’m quite optimistic concerning that.”

The latest political spat over attempts to openly mend ties with Israel took place in March when an Egyptian member of parliament invited Israel’s ambassador to his home for dinner and discussed ties between the two countries. His colleagues reacted by dismissing him from the parliament.

Jordan joined the war against the Islamic State after one of its pilots was captured and burnt alive.