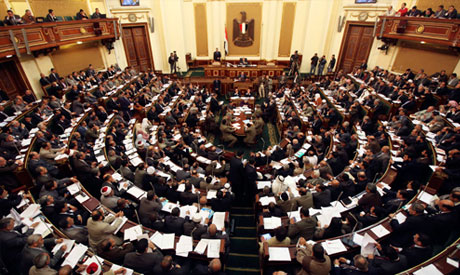 The 205-page policy statement of the Egyptian government led by Prime Minister Sherif Ismail received the vote of confidence of the parliament on Wednesday.

90% of the lawmakers present voted in support of the government’s program after a 10-day debate. The grateful Prime Minister warned after the approval of the program that the country is “still in a state of danger and all state institutions and citizens should join forces to stand up to the challenges.”

The disapproval of the program would have forced President Sisi to appoint a new Prime Minister to form a government within 60days and some members of parliament admitted that despite their harsh criticism of the government due to its shortcomings in economic and security matters, they voted “to maintain the country’s stability and avoid constitutional vacancy.”

Ismail is aware of the daunting task that lies ahead. He told the parliament that the government’s biggest challenge will be “achieving economic reform and social justice at the same time.” The reforms are unlikely to be favorable to the upper economic class as he hinted that the “poor citizens have suffered so much and for so long… and the middle class… will be supported and conserved at all times.” Subsidies will “go to those who deserve them only.”

Social demands and unemployment are still high while the economic and financial situations have made it uneasy for the government to overcome them as foreign investors continue to be wary of the security risks in the country especially the bomb attacks and the insurgency of extremist groups in the Sinai.

“We do not have the luxury of choosing between two options; success or failure, reform or corruption, and winning the war of the future or being defeated before the forces of the past,” Ismail stated before assuring the parliament that its recommendations regarding the cabinet’s program will be implemented as “obligations with all required transparency and seriousness.” He informed the lawmakers that the government is preparing to present the strategic sustainable development plan until the year 2030.