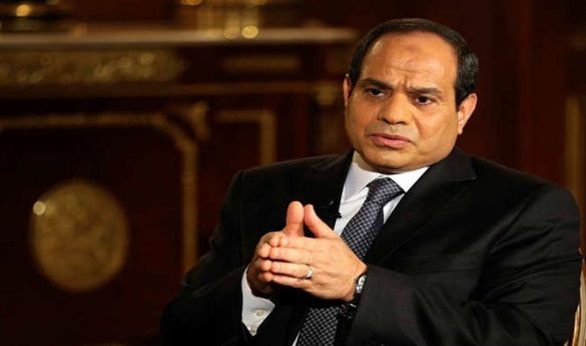 President Sisi in an interview with Italy’s La Repubblica newspaper said countries considering military intervention in Libya should rather give the needed support to the Libya National Army headed by General Khalifa Haftar because “it can do the job much better than anyone else.”

The Egyptian president said foreign intervention in the war torn country is “too risky” and the situation is complicated because it is not only about fighting the Islamic State.

Some European countries are willing to intervene in Libya if a request is forwarded by a unity government.

According to him, “the problem is that the Europeans look at Libya and act as if Daesh were the only threat” saying it as “a serious mistake” to concentrate only on them because “the threat is the extremist ideology.”

General Haftar said last year’s promised support by the Arab League to help launch a “proper attack” on the Islamic State is yet to be received and Sisi thinks that arming and supporting the army loyal to Tobruk is “better than any external intervention that would risk putting us in a situation that could get out of hand and provoke uncontrollable developments” like in Somalia and Afghanistan.

Egypt is concerned about actions that could escalate tensions in Libya because they share a 1000km border prone to smuggling and trafficking.