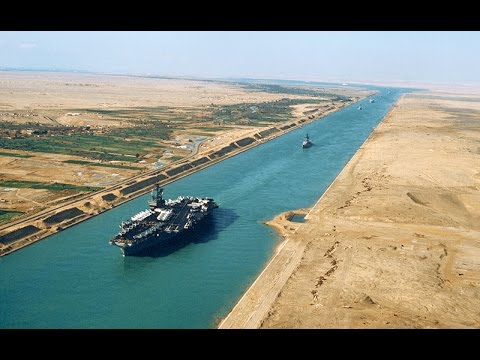 Despite Egypt’s efforts to expand the Suez Canal to reduce the transit period at the canal and increase revenues, the tunnel is seemingly snubbed by freighters as vessels are increasingly bypassing the Suez Canal for the traditional round the Africa maritime route through South Africa because low oil prices make the long route cheaper.

Vessels pay an average of $465,000 per passage through the Suez Canal while the trip round Africa is estimated at around $235,000 per voyage according to Sealntel; thereby allowing vessels to save as much as 50%.

The trend is putting Cairo on the edge of losing income which could further worsen its economic and financial crises.

President Sisi’s government portrayed the expansion of the Suez Canal, despite public criticisms that it was unnecessary, as an iconic project that would transform the area into an industrial and commercial hub and contribute as much as 33% to the economy as a whole.

The canal is a major provider of foreign exchange and considering the crippled tourism sector, the development puts at risk Egypt’s foreign reserves that have been dwindling since 2011. The government would be obliged to reduce passage charges if the trend continues to remain competitive as Sealntel Maritime Analysis reported that 115 vessels running goods from Asia to North Europe and the U.S. east coast have chosen the weeklong route since October.

Yet, Cairo has just raised $8 billion for phase II of the expansion project and the vice chairman of Suez Canal Economic Zone Authority, Abdel Qader Darwish, on Wednesday told delegates at Egypt Builders Forum that several regional and international investors are interested in venturing in the expansion project known as the Suez Canal Axis region. He said the Suez expansion scheme will be completed by July 2016.