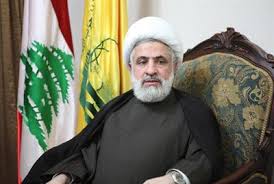 Politicians in Lebanon are in disarray following the $3million military aid suspension to the Lebanese army by Riyadh that was followed few days after by travel warnings from Saudi Arabia, Bahrain and Kuwait to the country. The decision is believed to have been incited by Hezbollah’s actions in the country, non-condemnation by the Lebanese government of the storming of the Saudi Embassy in Tehran and abstaining from voting for resolutions condemning the act and Iran. Hezbollah’s deputy leader, Sheikh Naim Qassem, reacted to Saudi’s decisions saying Lebanese should rejoice because their independence is still being persevered and Riyadh should “apologize” for insulting Lebanon.

The hardening ties between Beirut and Riyadh over the week led to reports that Lebanon would experience political and financial difficulties without the support of the oil-rich kingdom but Central Bank Governor, Riad Salameh, thinks that “the market has been misinformed” and figures “largely inflated” regarding Saudi deposits at the central bank. He downplayed that the Lebanese pound is facing some risks. Nevertheless, he hopes the government to “reestablish good relations with the Saudis” as they have always been economic partners.

Sheikh Qassem said last week’s developments require “apologizes to Lebanon because that was an insult to the Lebanese” stressing that “Lebanon will not be a Saudi emirate or an emirate for anyone else.” Hezbollah is part of a Lebanese unity government that includes Saudi-allied politicians but is hamstrung by divisions.

According to analysts, the rising tension will be another proxy confrontation between Shias and Sunnis in Lebanon; a country that has struggled for 19 months to fill the presidential vacuum.