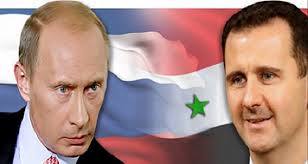 The ceasefire agreement in Syria that was negotiated between the US and Russia came into effect on Saturday and there are reports that it has been violated at least nine times by the different warring groups active in the country although some have refuted the allegations.

Damascus, Russia, rebel groups and Turkey are reported to have targeted hostile groups but the fragile ceasefire agreement continues to be in place.

President Putin’s special envoy for the Middle East and African countries and Deputy Foreign Minister Mikhail Bogdanov said “corresponding communications channels have been established” and “information exchange is underway” between Russia’s defense ministry and Pentagon to ensure the durability of the ceasefire as he called on both sides to provide “concrete information.”

Saudi Arabia alleged that Russia and the Assad government violated the ceasefire agreement by continuously targeting “moderate” rebel groups while President Erdogan of Turkey stated that the ceasefire is only respected “in about one-third” of Syria. Erdogan however expressed hope that “today or tomorrow this ceasefire will be secured and calm will prevail.” Russia also claimed that shells were fired from Turkey into Syrian border towns of Tell Abyad and the leader of the High Negotiations Committee, Riad Hijab, said Iranian and government forces are carrying on with their hostilities. Opposition monitoring groups say warplanes have carried out air raids on two villages in northern Syria.

Extremist groups such as the Islamic State and the al-Nusra Front are not part of the ceasefire and fighting against them will continue.

The situation in Syria reflects a chaotic scene where decision makers have limited power and authority on those on the ground. Meetings between rebel groups and Damascus have hardly led to a breakthrough towards peace.