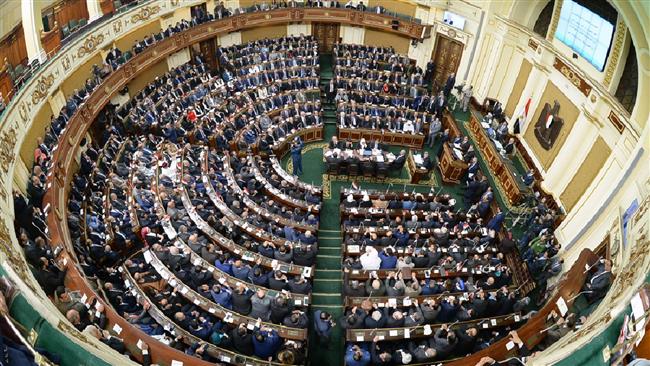 The Egyptian parliament frowned at one of its members, Tawfik Okasha, for hosting Israeli Ambassador to Egypt Haim Koren at his home last Thursday.

Some members of parliament called for sanctions against Okasha and also condemned him for inviting the Israeli ambassador to visit the parliament.

Okasha and Koren held their meeting amidst claims that Prime Minister Netanyahu lobbied for the recognition by the US of the government established by Sisi after the coup d’état against the Morsi-led government in July 2013.

The Egyptian MP called for normalizing ties between the two countries at his TV show on Saturday and has reportedly requested a meeting with Netanyahu to discuss the Israeli-Palestinian conflict.

Several MPs from both independent and political parties are angry at their colleague’s move and Youssef El Qaeed, who is leading the angry MPs, said in a statement that Okasha committed “the unprecedented crime” of meeting an Israeli ambassador and has not ruled out his dismissal from parliament.

He said it “was the first time in the history of Egypt’s relations with the Israeli enemy that the Israeli ambassador went outside Cairo to meet with an MP in his home” stressing that “the nation” represented by the MPs still consider “Israel as Egypt’s first enemy” as long as the Palestinian rights are abused.

The meeting between Okasha and Koren is said to have lasted for three hours and the MP requested that Israel should act as mediator over the fury of the Grand Nile Renaissance Dam.