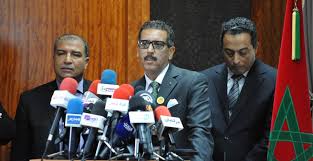 The terrorists were also projecting attacks against hotels in Essaouira, the physical liquidation of Western tourists in this Atlantic city, and the assassination of senior civilian and military officials.

Part of their plans to lay hands on firearms, the terrorists had designed attacks on military barracks, especially in Meknes and Marrakech, on the military units deployed at the Moroccan-Algerian border and on police officers.

The terrorists were intending to use, besides firearms, explosives and deadly chemical substances, as BCIJ investigators seized chemicals with high sulfur content that can be used to make homemade powerful explosives releasing a toxic gas, considered as one of the most deadly biological poisons.

The terrorist cell, dismantled Thursday by the Central Bureau of Judicial Investigation, the security and anti-terrorism department of the Directorate for Territorial Surveillance, was active in Essaouira, Meknes and Sidi Kacem and its leader was settled in El Jadida.

BCIJ director, Abdelhaq Khiam, had revealed at a press conference on Friday some details about the cell members, aged between 16 and 40. Among these individuals, there are three students, one university graduate, one unemployed person and three school dropouts, he said, adding that their 35-year old leader is native of the southern city of Laayoune and works as a real estate agent. The cell includes a French citizen who has been living in Morocco for almost a year and who converted to Islam, Khiam said.

He indicated that personal data about the ten members of the terrorist cell that had pledged allegiance to the Islamic State group reveal that “the organization continues to recruit radicalized individuals of all ages, from diverse backgrounds.”

The source close to the investigations said the 16-year old minor has been indoctrinated by the cell leader to accept to die as a martyr and pledged to commit a suicide car bomb attack against a sensitive site, probably the Parliament. To this end he was given driving lessons aboard a van that has been seized, , the source said.

Khiam had also said at his Friday press conference that the cell members had identified a site near Tan Tan, southern Morocco, to be used as a rear base and a training camp.