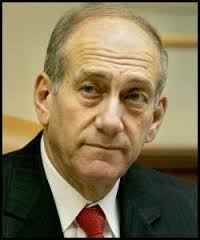 Olmert has been handed in 2014 a 19-month imprisonment sentence over his involvement in bribery and corruption cases in the construction of Jerusalem’s massive Holyland residential complex during his tenure as mayor of Jerusalem and his attempt to obstruct legal procedures in various cases against him.

Olmert had led a war of aggression against Lebanon in 2006 after succeeding Ariel Sharon as Israeli’s Prime Minister.

Security forces and experts told Israeli media that the former Premier will be put under close watch to insure his safety and prevent any mishap, such as a suicide attempt. Prison officials also point out that Olmert as ex-Prime Minister and privy to state secrets must not be exposed to inmates from organized crime groups or those convicted for national security crimes.

Olmert will join former Israeli President Moshe Katsav, who is five years in to a seven-year term for rape, sexual assault and harassment of a number of female employees during his tenure as Tourism Minister and President.

Olmert is the first Israeli Prime Minister to serve a prison sentence.