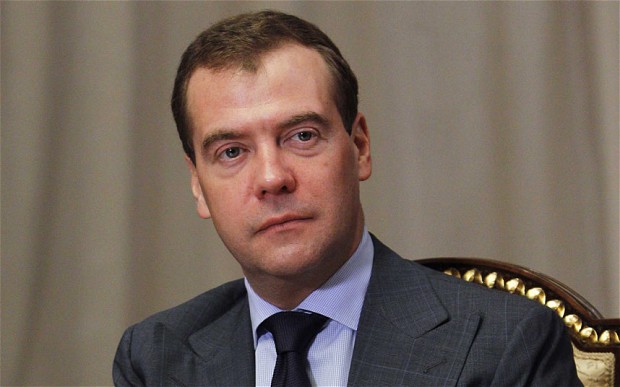 Russia has reacted to Saudi Arabia’s military deployment plans in Syria, saying it is a “bad” idea that could ignite a permanent war.

Russian Prime Minister Dmitry Medvedev told German newspaper Handelsblatt that it is a “bad” idea because “a ground offensive usually turns the war into a permanent one” as he cited Afghanistan and Libya as examples.

Riyadh wants to send troops to Syria to fight the Islamic State (IS) under the US-led coalition and wants the troops to be led by Washington.

Despite Medvedev warnings, the spokesman of the Saudi-led coalition fighting in Yemen, Brigadier General Ahmed al-Assiri said the kingdom’s deployment decision is “final.”

Saudi Foreign Minister Adel Jubeir had said on Wednesday during a short visit to Rabat that Riyadh was ready to participate with ground troops if the US-led coalition decides to send troops to Syria.

According to the Russian Prime Minister, “it would be difficult to win such a war quickly” pointing out that “the Americans and our Arab partners must think well: do they want a permanent war?”

Assiri stressed that Riyadh is “ready” to tackle IS alongside coalition allies but declined to give details of ground operations referring questions to Washington.

Medvedev said the war in Syria is “complicated” and urged for peace talks “instead of unleashing a new world war” outlining that “no one power can act alone” in the world. He also lamented the situation in “the Arab world where everybody is fighting against everybody.”

Meanwhile, hopes increased that the war could soon experience a “cessation of hostilities” after talks in Germany between world powers although some diplomats are pessimistic.

The planned nationwide ceasefire excludes IS and al-Nusra Front. A task force chaired by the US and Russia will work to implement the truce through consultations with Syria’s warring factions. Ministers from the International Syria Support Group also agreed to accelerate and expand aid deliveries.