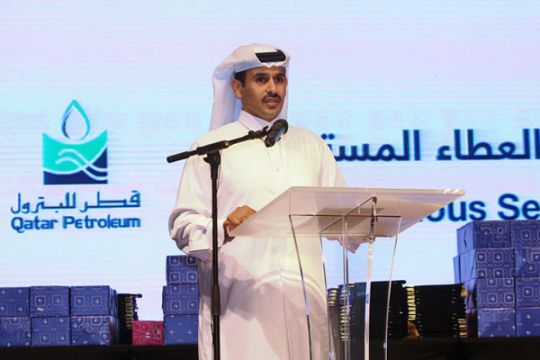 The agreement will enter into force as of March this year.

The CEO and president of QP, Saad Sherida Al Kaabi, said it is the first long term agreement between the two companies describing it as “a very important milestone in Qatar’s standing as a reliable energy supplier.”

Pakistan’s Federal Minister for Petroleum and Natural Resources Shahid Khaqan Abbasi said the import price was the best available rate with each cargo fixed at 13.31% of Brent and the annual contract quantity for this year pegged at a prorate of 2.25 metric ton.

The deal is expected to reduce Pakistan’s energy difficulties and contribute to the revival of power stations that are currently non-operational with a joint capacity of at least 2000megawatts.

The agreement was signed during the two-day visit Pakistani Prime Minister Nawaz Sharif paid to Qatar this February 10-11.

Several other accords and Memoranda of understandings were signed to foster cooperation between the two countries in the sectors of audio visual, health, academic research among others.

Qatar and Pakistan have been developing their ties over the past few years especially in the energy sector as Islamabad’s energy needs increase.