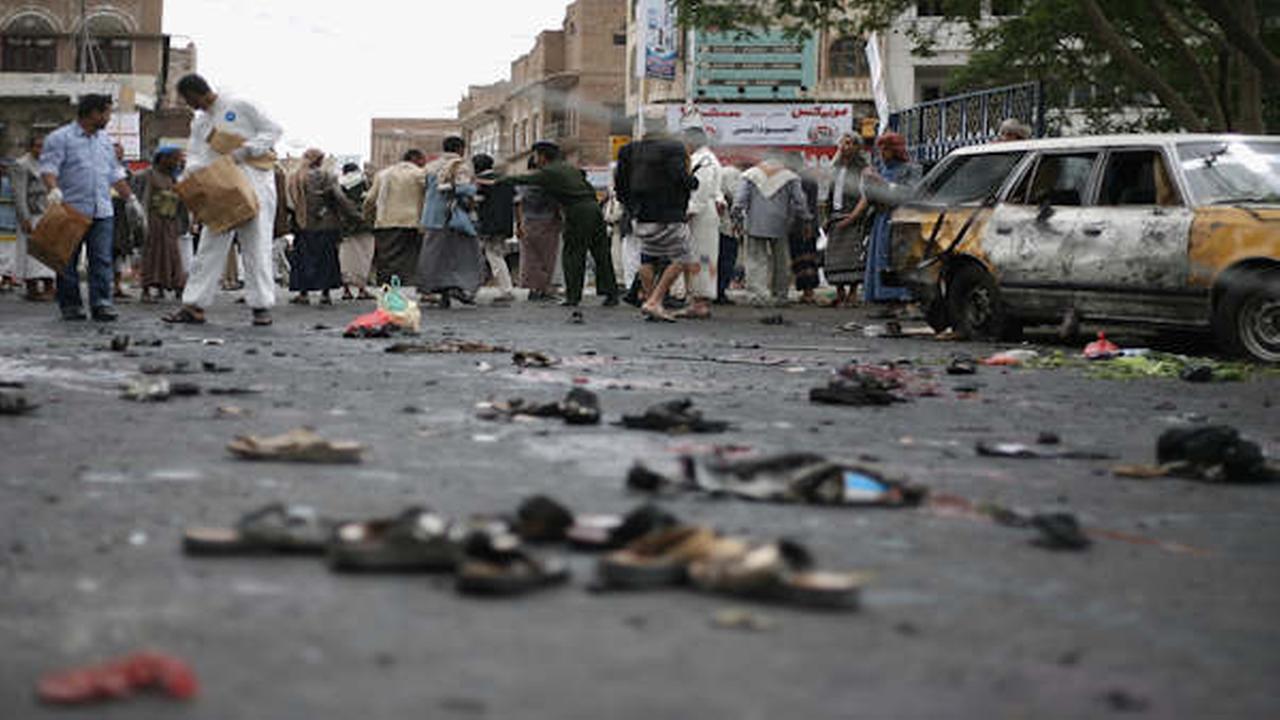 A suicide car bomb attack exploded Thursday at a checkpoint less than a kilometer from the presidential palace in Aden, killing at least eight people and injuring 15.

President Hadi and Prime Minister Khalid Bahah were in the palace at the moment of the attack but were unhurt although buildings close to the explosion site suffered some damages.

Bahah returned from Saudi Arabia on Monday with some ministers after they fled their base, the Al Qasr hotel, following an attack in October by the Islamic State group. Thursday’s attack was also carried out by the extremist group and the suicide bomber was identified as Abu Hanifa al-hollandi in a statement posted on Twitter.

Bahah had stated that the palace in Aden will be used as a base by the government and he held a meeting there on Wednesday with local chiefs of Yemeni armed forces and commanders of the coalition forces from the United Arab Emirates, Saudi Arabia, Bahrain and Sudan.

Xinhua quoted an intelligence officer under the condition of anonymity saying that the suicide bomber was targeting the governor’s motorcade. “Aden’s governor Gen. Aidarous Zubaidi was heading to the Presidential Palace for a meeting when the explosion occurred” but he was able to escape “unharmed”, the officer explained. Last month, IS claimed responsibility for a bombing that killed Aden’s governor, Jaafar Mohammed Saad.

The Hadi-led government is using Aden as the temporal capital while waiting to return to Sana’a, still under the control of the Houthis. The coalition and pro-Hadi militants declared Aden liberated after battling out the rebels but they are still struggling to control the city and government spokesperson Rageh Badi admitted that “the main challenge” continues to be security concerns.