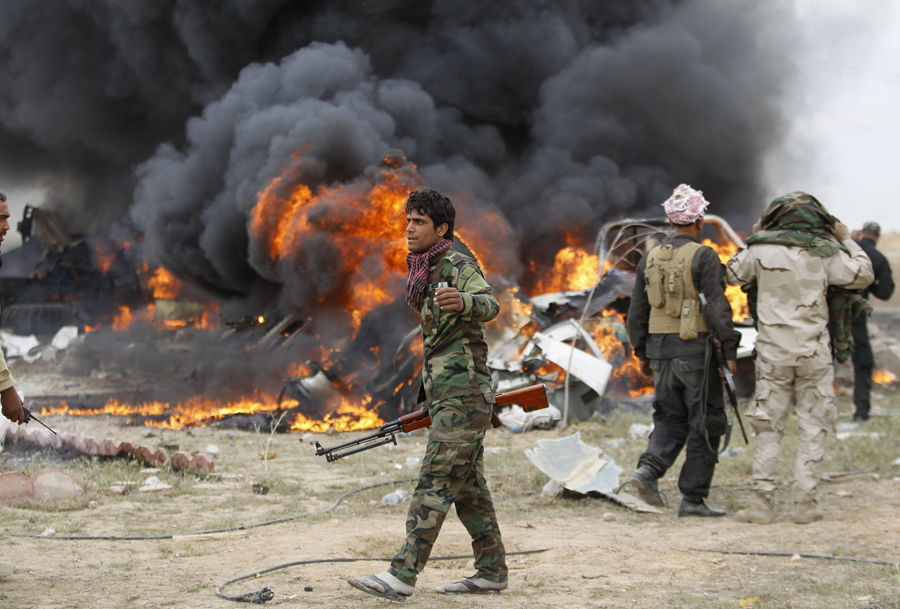 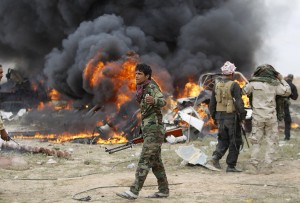 The Iraqi army mistakenly bombarded fighters of the Hashid Shaabi, a coalition militant group dominated by Shias, instead of the militants of the Islamic State group killing at least nine of them and injuring several others.

Some members of the Shia group are blaming the United States for the incident but Washington denied any responsibility.

The Shia fighters were responding to an Islamic State attack on Camp Speicher, a former US base outside the city of Tikrit, when they called for ground support. Spokesman Colonel Ahmed al-Assadi for Hashid Shaabi explained that as the Jund al-Imam forces were advancing, the Iraqi drone which was in area was fired at from outside Tikrit and it retaliated with a missile which unfortunately struck fighters of the group. He added that after a seven minutes interval, two more missiles were fired targeting the fighters on the ground.

US Army Colonel Steve Warren who is in Baghdad said coalition forces are not involved in the weekend bombing saying “it was Iraqi for sure” on the telephone. Neither the Iraqi defense ministry nor the joint operations command has commented on the incident. Prime Minister has ordered an investigation.

The Islamic State group was defeated in Tikrit and in most parts of Salaheddin Province last year but it continues to have pockets in the desert regions.